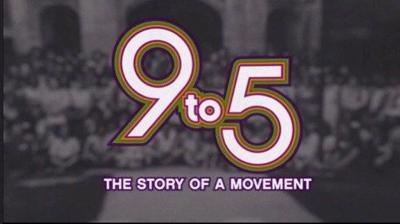 WKAR Public Media partnered with Michigan State University’s WorkLife Office and Wayne State University’s Walter P. Reuther Library to present a private screening of the independent film “9to5: The Story of a Movement,” directed by Steven Bognar and Julia Reichert.

According to the event description, 9to5 was an organization that participated in the working women’s movement that sought “better pay, more advancement opportunities and an end to sexual harassment.” The film depicts the struggle of women striving to achieve these goals in the workplace, featuring interviews with women directly involved in the movement.

As the fight for equal rights continues across a broad group of underserved Americans, it is important to bring awareness to these issues, said Amanda Walter, Towson University Department of History lecturer. Films like this are essential to spreading the message of 9to5 and the women’s movement.

“The great thing about a film (is) it's this mass consciousness-raising film that women could see,” Walter said. “(I)t helps reach so many more people that weren't connected with the movement initially.”

Following the film screening was a question and answer session with three women who played major roles in the making of the movie and 9to5.

Even for women already familiar with 9to5 and the women’s movement, the film proved very powerful. The movie inspired Lane Windham, she said, a U.S. historian at Georgetown University and author of “Knocking on Labor’s Door,” which features 9to5.

The film brought back memories to Kim Cook, she said, an organizer in the movement and extension associate faculty at Cornell University’s The Worker Institute.

“Nothing surprised me, of course, from any of it, but the first time I watched the film, I was reminded of things that I had forgotten and probably wanted to forget like segregated job posts by men and women,” Cook said. “And our kids probably can't even imagine that ever happened, but those kinds of stories that come out in the film I think are shocking and entertaining actually as well.”

Although the severity of the movement was intense, the women taking a stand always found time for enjoyment, Cook said.

The fundamentals of 9to5 are far from being resolved, and many of the issues previous generations faced people still experience today. It is important that you make friends fighting for the same cause, Cook said.

The many social injustices committed against minorities today requires action similar to that of the women in9to5, Windham said. Social activists today are utilizing the history of the movement for their own reform efforts.

“I think there's so much resonance for today and for young people organizing today, and I think they do an amazing job of sort of taking the lessons from our organizing, our early organizing and applying to the movements of today. And the issues today actually was the excitement for me watching,” Windham said.

“9to5: The Story of a Movement” will be released Feb. 1 on PBS and the PBS Video App.

Screenshot taken during the event.