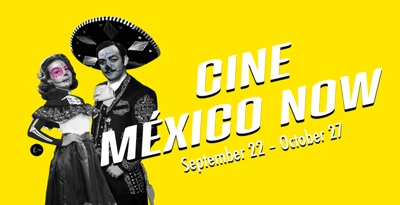 Cinema Detroit and The Detroit Film Theatre, in partnership with Cinema Lamont, will host Cine Mexico Now —a film series that portrays Mexican heritage and culture.

The film festival will celebrate Hispanic Heritage Month by showing movies from Sept. 22 to Oct. 27.

Latin America has an important history when it comes to filmmaking, Paula Guthat said, co-founder and programmer at Cinema Detroit.

“Latin America has always been an important source of great films and filmmaking talent,” she said. “Going back to the silent era, filmmakers routinely worked on both sides of the Hollywood-Mexico border, and films were made in English and Spanish at the same time.”

Each movie being shown during the film festival is a different genre — so viewers can experience more than one aspect of Mexican culture and heritage.

Josh Gardner, founder of Cinema Lamont, said Cine Mexico Now will present “The Chambermaid”for the first time at the film festival. The movie is Mexico’s official entry to the Academy Awards for Best International Feature.

Cinema Lamont was founded in 2017 by Josh Gardner who sought out to foster a cross cultural understanding through experiencing international cinema, he said.

“As the only daily-run independent movie theater in Detroit, a partnership with Cinema Detroit was of utmost importance,” Gardner said. “I approached them (Cinema Detroit) to collaborate on this project and luckily they were interested in supporting my vision of a Spanish language film festival.”

“It's always important to get different perspectives, whether it be in film, music or any of the arts,” she said. “At Cinema Detroit, we are proud to host the Cine Mexico Now series to spotlight that nation's contributions during Hispanic Heritage Month.”

Del Trafney, instructional assistant at the Wayne State Center for Latin American Studies, believes that Mexican culture is not properly portrayed in film, he said.

“I think representation is important in Mexican films because not too many Mexican actors or actresses get the opportunity to play leading roles or roles with any kind of weight,” Trafney said. “We get cast in American films as drug dealers, criminals or objects of lust.”

Having movies depict Mexican culture are made by Mexicans is important to showing authenticity, Trafney said.

“Without someone who is emotionally connected and invested in the content, it can lead to a film that is disrespectful or even racist if not fully understood,” he said.

“So many influences are involved to create what we know as Mexican culture,” Trafney said. “It’s native, African, and Spaniard all in one.”

Gardner felt it was important to focus on films from Mexico in the series because of the large Mexican American community in Detroit.

“I think it’s important to show the diversity of stories coming out of Mexico to counter often-negative portrayals of the country in the media,” he said. “We make sure to include a variety of films and that they don’t all focus on immigration or trafficking.”

Tickets are $7 for children under the age of 12, $9 for seniors and students and $10 general admission.

Tickets and schedule can be found at cinemalamont.com or cinemadetroit.org.