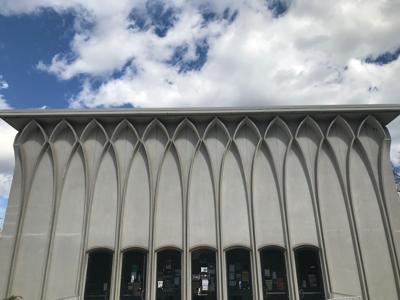 The Detroit Free Press will be hosting its sixth annual film festival, beginning April 10 through April 14. The documentary-centered festival partnered with Wayne State this year to bring movies and panels to campus.

WSU students have contributed to the festival in the past by submitting films to the festival along with helping on a film project that debuted at the festival several years ago, said Steve Byrne, Detroit Free Press arts and entertainment editor and co-founder of the festival.

“This is the first time where Wayne State is our formal educational partner,” he said. “They are supporting us both in making venues available to us. I think Wayne State is stepping up its game as far as trying to bring more documentary filmmaking to Detroit. The festival is one outlet for that.”

Films that are shown in the festival are selected several ways. Byrne and his team pursue movies that are focused on Detroit and Michigan when they first hear about them being in the production process.

“We build relationships with filmmakers, in some cases even years in advance,” Byrne said.

The Freep Film Festival team also attends other film festivals, in search of movies they think will play well in the Detroit market.

While movies in the festival are mainly selected through exclusive invitations, there is also an open submission process where directors can send their movies for consideration, Byrne said. This year, the festival received about 900 submissions.

Byrne said he thinks so much is happening in the world of documentary filmmaking with streaming channels beginning to buy more films of this genre.

“I think that in the past, without question, documentaries had a taint about them being they’re all about education, they’re boring, it’s a bunch of old people talking about history.”

This stereotype something that the documentary world fights against a little bit, he said. While he doesn’t believe that younger generations are not interested in documentaries, he can see why some may not be inspired by particular ones.

“When I go to the films where the topic or the approach is relatable, I think young people are showing up and I think if you looked at Netflix’s numbers that is the case as well,” he said. “It’s not just a genre for older folks.”

The film festival will have three free discussions on filmmaking on April 13 at the Welcome Center, Byrne said. These discussions will center on women in film, music documentaries and using the Freedom of Information Act to improve filmmaking.

Film festival events on WSU’s campus will happen on April 12 through April 14. Many of these events are free but reservations are required. Conversations with the filmmakers and journalists follow many of the screenings as well.

These two documentaries, played in tandem, explore the impact automotive plants have when they arrive and leave.

The 1983 film “Poletown Lives!” looks at the controversial decision to bulldoze a Detroit neighborhood so a General Motors plant can be built in its place. This is the same facility that GM announced would close in 2018.

“The Last Truck” focuses on GM’s plant in Moraine, Ohio. Workers in the documentary reflect on their careers after the company’s 2008 decision to close the factory. This factory played a major role in the small-town community.

In the Michigan premiere of “American Factory,” a Chinese billionaire opens a glass manufacturing plant in Dayton, Ohio. Former GM workers and other residents are hired to work in the manufacturing plant, converted from an abandoned GM factory. The culture clashes between high-tech China and blue-collar America are chronicled in this documentary.

“The culture clash that happens, a lot of it is really funny,” Byrne said. “Some of it is really deep in kind of like the way cultures work differently and the way different countries reflect on the meaning of work.”

Byrne said he thinks this documentary reflects on the future of manufacturing in the U.S.

“It just had its world premiere at Sundance, a couple of really good directors, so we’re super excited to be featuring that one.”

Detroit Narrative Agency presents a series of short documentaries that focus on shifting narratives about Detroit toward liberation and injustice. DNA is doing this by collaborating with community members, storytellers, media makers and organizers. All of the short documentaries featured in this program were created by Detroit area filmmakers.

This film follows hockey player Scott Matzka, who was a member of the University of Michigan's 1998 NCAA champion hockey team along with playing professionally for 13 years with the Grand Rapids Griffins and Kalamazoo Wings. After being diagnosed with ALS at the age of 36, Matzka advocates for finding a cure for the terminal disease while also confronting plans for the remainder of his life.

In this free screening of the Oscar-nominated documentary, three young men share their love of skateboarding while also going through difficult times in their personal lives. These men face adult responsibilities and unexpected problems that challenge their friendship.

The film shows how skateboarding helps them traverse the difficult times in their life, Byrne said.

“This is the sort of film that has a young person’s mentality and it deals with subject matter that is absolutely one thousand percent relatable,” Byrne said. “I think any young guy who watched that movie would see their selves in it a little bit.”

Filmmakers in this documentary use dance to show diverse and creative voices in the Arab world. With a new generation of Arabs seeking to eliminate stereotypes and oppression, this film explores contradictions and conflicts that outline Arab life in the twenty-first century.

This shorts program features documentaries that are all Detroit based.

A few of the documentaries in the program include “Soul Skate” about the weekend long roller skating festival; “Finding Happiness Detroit” chronicling three Detroiters who defy a study naming the city the unhappiest in America by showing what makes them happy; and “Tee Grizzley — Off Parole” that follows the Detroit rapper as he manages a growing career with legal restrictions determining his movement and schedule.

“I think if you’re into culture or into Detroit, “Shorts: Volume 2” on Saturday is a really good pick,” Byrne said. “I think students in particular, in fact maybe of all of those films I mentioned, that might be one I would point them to.”

Film: "Behind the Curve"

Flat earthers have been springing up in the media, sharing their beliefs that the globe is not really what we think it is. This film introduces audiences to a group of Flat Earthers who believe in a conspiracy to hide the truth that the earth is actually flat.

Without Bob Lazar, the world may not have known that Area 51 existed. Lazar, a former government physicist, was assigned the job of reverse engineering an alien space craft. In 1989, he went public with his account of the UFO at the secret Airforce test facility in the Nevada desert.

This movie looks at Lazar’s claim through the eyes of a several journalists, Byrne said.

“If you’re into the paranormal it’s kind of a must see, I really enjoyed it. It tends to be sympathetic to Bob Lazar’s story but it also, I think, tries to poke holes in his story too.”

This shorts program is made up of six documentaries that look at citizens of varying backgrounds as they face the current national climate.

“For lack of a better word, it looks at multicultural influences that are playing themselves out in America right now,” Byrne said.

A few documentaries in this program include “Mrs. Saltzman Goes to Jail” where, 81-year old, Delores Saltzman tells of the night she was arrested for smoking marijuana in her home; “Never Forget the Pain,” artist Justin Newman’s 10-year heroin addiction and his recent to recovery; and “A Park for Detroit” which takes a look at Detroit’s past, present and future connected to Belle Isle’s abandoned zoo.

More information about films and tickets are available at the Freep Film Festival’s website.

Jack Filbrandt is arts and entertainment editor of The South End. He can be reached at jackfilbrandt31@gmail.com. Cover photo by Jack Filbrandt.

Sure the festival bring more chance to connect other things, not only build relationships with filmmakers, we should have more festival like this . ps from my blogger at HeraLuxuryBeauty

Quickly this particular site may undoubtedly gain popularity in between just about all running a blog as well as site-building people, because of its painstaking articles or maybe evaluations. kissanime

I am so happy to learn about this festival and I think it's a good thing to make a strong relationship with people. From bestdissertation review I come to know about this and I wish it will be more good as we think.

You know your projects stand out of the herd. There is something special about them. It seems to me all of them are really brilliant! chatting website

I admit, I have not been on this web page in a long time... however it was another joy to see It is such an important topic and ignored by so many, even professionals. I thank you to help making people more aware of possible issues. wwww.hotmail.com sign in

Acorn to Oak nursery school is situated in Chessington. The nursery’s environment offers the children the opportunity to interact and play freely, which are key to their learning. Our Chessington nursery is run by highly dedicated, fully qualified and experienced professionals. At Acorn to Oak nursery, we prioritise your child’s safety and wellbeing. Nursery School Chessington

In this particular article, you will see a summary, satisfy browse this post. garage door repair Sandy Utah

This article was very informative which I enjoyed reading, thank you.

When your website or blog goes live for the first time, it is exciting. That is until you realize no one but you and your. interior designers in Lahore

When your website or blog goes live for the first time, it is exciting. That is until you realize no one but you and your. Latest & Bugs Free Version