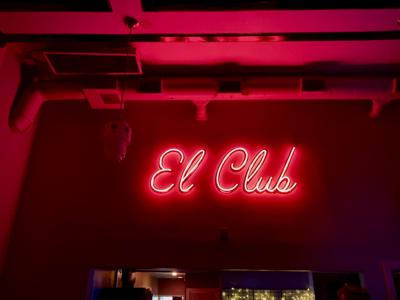 While more commonly known artists such as Billie Eilish and Tyler the Creator will take over crowds at Little Caesars Arena this year, a few lesser-known artists will also be shaking the rafters at venues across the Detroit area.

Yves Tumor, girl in red, and SPIRIT OF THE BEEHIVE are three artists poised to make an impact on the local live music scene with their upcoming shows.

This will be the first time these musicians have toured in Detroit. With their impressive discographies, it may be difficult to pick which of their songs to check out first.

Here is a crop of fresh tunes to discover from these anticipated artists before their debut stops this spring.

Psychedelic experimentalist Yves Tumor’s music ranges from dissonant to sensual throughout their projects.

Gospel For A New Century

Yves Tumor’s song “Gospel For A New Century” was a standout track off their most recent album, “Heaven To A Tortured Mind.”This track sounds like a Jimi Hendrix-influenced rock song in the beginning before the eventual crescendo into deafening drums, horns, and vocals. The song could be described as harmonic chaos. Tumor’s unique production is sure to impress new listeners.

Tumor’s “Jackie” is another soulful track from their discography, fresh off their most recently released project, “The Asymptotical World EP.” Rolling Stone writer Jason Newman said “Regret, longing, and heartache” define this track. “These days have been tragic,” he said. Tumor sings while injecting poetic lyrics throughout the track, longing for a past lover.

Secrecy Is Incredibly Important To The Both of Them

Yves’ most recent release, “The Asymptotical World EP,”also features the vivacious single, “Secrecy Is Incredibly Important To The Both of Them.” With a steady drum and bass underlining the track, this alternative rock tune is sure to get listeners tapping their feet. “They say I’m self-absorbed, (maybe so) I put my guard up,” Tumor sings to describe his longing to uphold a mysterious public image. Androgyny and mystery are a large part of Yves Tumor’s charm and appeal.

The Norwegian indie-pop singer girl in red brings prominence to bedroom pop and young romance in her compelling music.

girl in red’s song, “bad idea,” was released in 2019 as a single and quickly captured the indie rock scene. She said, “It was a bad idea, calling you up, was such a bad idea ‘cause now I’m even more lost.” This raw, emotional tune expresses the singer's disdain for a past lover after a recent reconnection. Her raspy vocals emphasize the emotion that lingers through her lyrics.

girl in red’s song, “You Stupid B*tch,” fresh off her most recent album “if i could make it go quiet,” is an explicit project that highlights the singer's intense longing for a current lover. The lyrics, “You stupid b*tch, can’t you see, the perfect one for you is me,” repeat throughout the song as the intensity builds. Featuring a heavier bass line and intricate backing vocals, this song has a grunge edge that stands out from the rest of the tracks on the album.

Pitchfork Staff Writer Quinn Moreland said girl in red’s album “if i could make it go quiet "encapsulates the “longing for a state of being where noise and confusion are replaced by certainty and clarity.” The track “Body And Mind” slows down the album and truly summarizes the feeling of disconnection from reality, offering a unique parallel to the rest of the tracks.

SPIRIT OF THE BEEHIVE

THE SERVER IS IMMERSED

The band released their fourth project, “ENTERTAINMENT, DEATH” in 2021, which featured the groovy track, “THE SERVER IS IMMERSED.” The tune features sultry vocals and a repetitive melody that compliments the album's unique tone. Paste Magazine writer Saby Reyes-Kulkarni said that the band uses “disorientation as one of their primary musical devices,” which explains the experimental sounding tracks on the project.

The melodic song “nail i couldn’t bite” from the group’s junior album, “Hypnic Jerks,”shows a slower side of the band's discography. The song uses creative guitar and drum riffs to back the simple vocals. While the lyrics do not offer much context as to what the song is supposed to be about, the instrumentation is enough to grab the listener’s attention.

The group released their song and album title as hypnic jerks. The lyrics, “I got no patience for this bullsh*t” repeat as punchy guitar riffs blare in the background. This song offers listeners a very punk vibe with edgy lyrics and dissonant instrumentation to pair.

Keep an eye out as these artists are sure to impress at their upcoming spring debuts in and around Detroit. Listen to all of these songs and more here.

Clare Blust is a contributing writer for The South End. She can be reached at clareblust@wayne.edu.