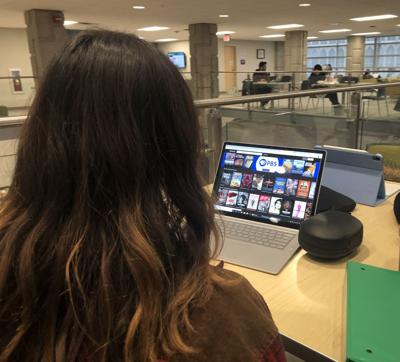 The streaming service Kanopy is used by many institutions in the U.S., including libraries and universities. Its use at Wayne State began in 2016 and was available to all WSU affiliates for educational or recreational use. However, availability of Kanopy is now restricted.

On Aug. 14 an announcement on the WSU Libraries’ website said access to new Kanopy content is only available for instructors to use in their classes. To access a desired film, the instructor must put in a request to the library.

Students can still watch films loaned by WSU on Kanopy, but only faculty members can request new films, WSU Library Director of Resource and Collections Strategy Services Mike Hawthorne said. There are about 1,000 films available to stream on the platform. Once WSU leases a new film for educational purposes, it will become available to students.

Hawthorne said the libraries initially chose Kanopy as a digital film resource based on its variety of educational films.

“What’s unique about Kanopy is it provided educational material and foreign-language film,” he said. “It was also a great resource for film class, multidisciplinary — like psychology, social sciences, humanities — and so when it came on the scene, it just seemed like a really great resource that we wanted to have.”

According to Hawthorne, the decision to restrict access to Kanopy was based primarily on economic factors.

“If you’re looking at 100% growth year over year, the previous year we spent $75,000. Last year we spent $150,000. So at that same trajectory, if we hadn’t gone to a mediated format, we would spend roughly $300,000 this year,” he said. “So, from a financial standpoint, it just proved to be unsustainable over the long term, and it was the fastest-growing part of our overall acquisition budget.”

“I think that’s the ideal situation because of the competition — and because of different services having different requirements,” he said. “I think digital rights management is definitely way too harsh. I mean lots of people have said this.”

Streaming services like Kanopy allow students to view films assigned in class from the comfort of their own home, much like an English teacher assigning a book to read on your own, Shaviro said.

“But, I find it goes much better when we all watch it (movies) together at the same time and then we can talk about it and refer to it more. So I much prefer being able to show them in class and that’s when I teach film,” Shaviro said.

According to WSU Library System’s website, faculty members wanting to use Kanopy films, which are not already available, must fill out a Course Reserves Request Form.

“We don’t want to put up barriers. We want to make it easier for our faculty and our students to get to stuff that they need to be successful,” Wurm said.

According to Hawthorne, the libraries also have alternative and free film resources such as Psychotherapy.net, New Day Films and Academic Video Online. These film resources are used when Kanopy doesn’t have the needed film, he said.

Hawthorne said the libraries plan to continue using Kanopy through its current mediated method for the foreseeable future, citing its success in other institutions across the country.

There are also other resources available to help acquire materials, Wurm said.

“We always want to do our best to help you find that. We can use interlibrary loan, we can use MeLCat, or we can order the films themselves and have them brought in here,” she said. “It’s not as easy as streaming, but we can get that to you. We’re always here to help.”

Jenna Prestininzi is a contributing writer for The South End, she can be reached at jennap@wayne.edu.