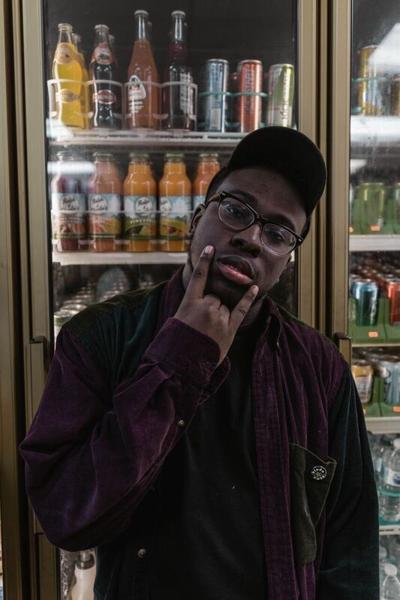 Released under the name Freight Fanon, 2020 WSU graduate Kamau Clark’s latest album is inspired by and experiments with punk music.

“Pissed Off” —released Nov. 5— features eight songs that show a combination of different punk subgenres, Clark said. The album is influenced by the post-hardcore and post-punk movements.

While this is his first project as Freight Fanon, Clark is a veteran of the music scene. He said he has played the guitar and piano from a young age and started performing his own music during his freshman year at WSU.

Clark released one EP, five albums and nine singles under the name Srch Engn over the past two years. The name began as a joke but eventually grew on him, he said.

“I know Childish Gambino did the Wu-Tang Generator,” Clark said. “I remember being on Google and I'm like, ‘I'm on a search engine looking for a name.’ That was like a joke more than anything, and I just became kind of like part of it.”

For Freight Fanon, Clark said he was inspired by influential artists on the punk scene.

“I wanted to kind of pivot more towards something that was more rock sounding and also to my head at the moment,” Clark said. “I had been reading, and it was really just this space of a lot of people are entering like a more radical space than they have been before. So I really wanted to pay homage to (Frantz) Fanon, the psychiatrist, of course, because he was one of those names that repeatedly came up kind of during that moment.”

From “Pissed Off” to his various projects under Srch Engn, Clark’s versatility and skills are present, as noted by listeners and fellow artists.

Kaio Huvaere, a close collaborator of Clark’s, said creating with him is energizing.

“Kamau is probably the most purposefully talented person I know,” Huvaere said. “He possesses both the ability and willpower to maximize whatever he invests time in. His process of creation is critical without being stiff. It’s an invigorating experience whenever we collaborate.”

Elijah Miller, an artist better known by his stage name Hajile de Rellim, said collaborating with Clark is like being in constant motion.

“Working with Kamau is like working on a train that has so many components and never stops,” Miller said. “He has so much at his disposal musically, artistically and intellectually. It’s nerve-wracking to me at times but it always concludes with me feeling warm, comforted and matured. It’s a beautifully controlled artistic chaos.”

Clark said his creativity led him to experiment with different genres of music. People interested in exploring different music styles should not let fear keep them from trying something new.

“You shouldn’t feel taboo for being in an alternative space,” Clark said. “If you want to be in that space, don't feel like, ‘Oh, I'm the Black kid in punk’. You're just making punk and you're Black. Don’t be afraid to jump into something you’ve never played before.”

“Pissed Off” is available on Spotify, Apple Music, Bandcamp and SoundCloud. To learn more about Clark, visit his website.