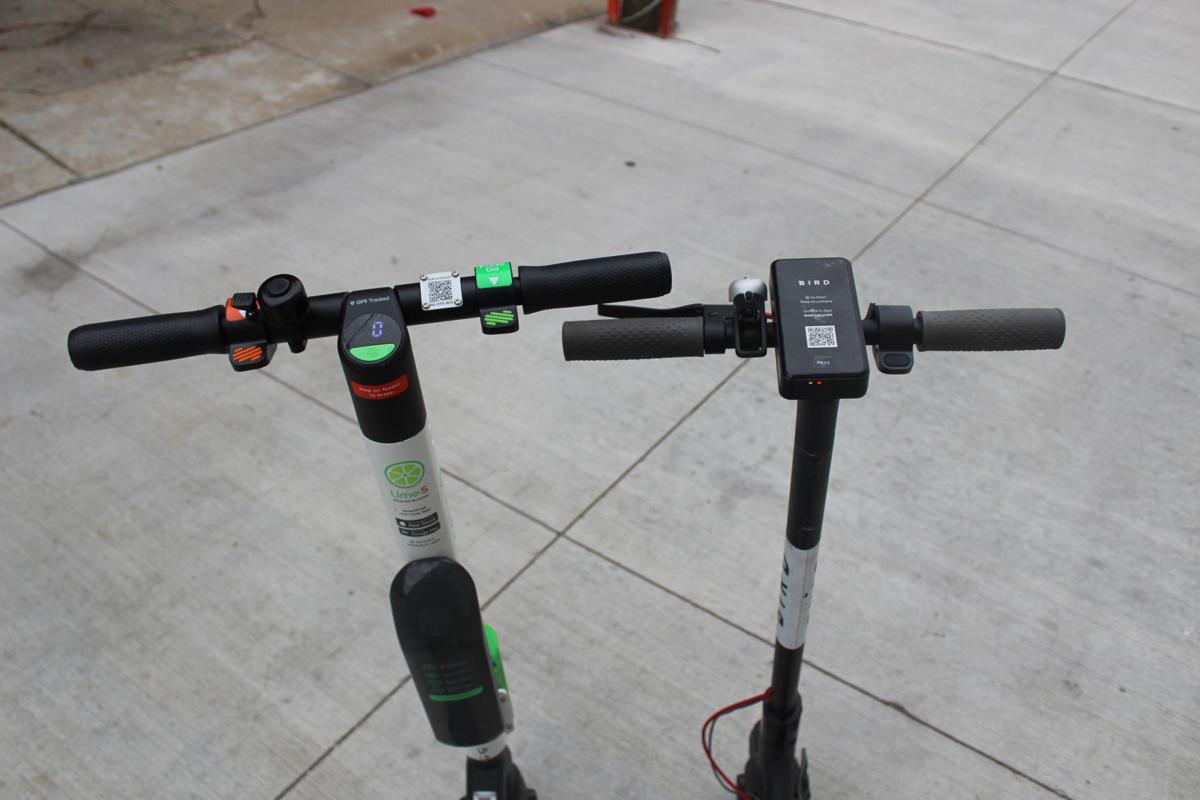 A side-by-side of the handlebars of the Lime (left) and Bird (right). 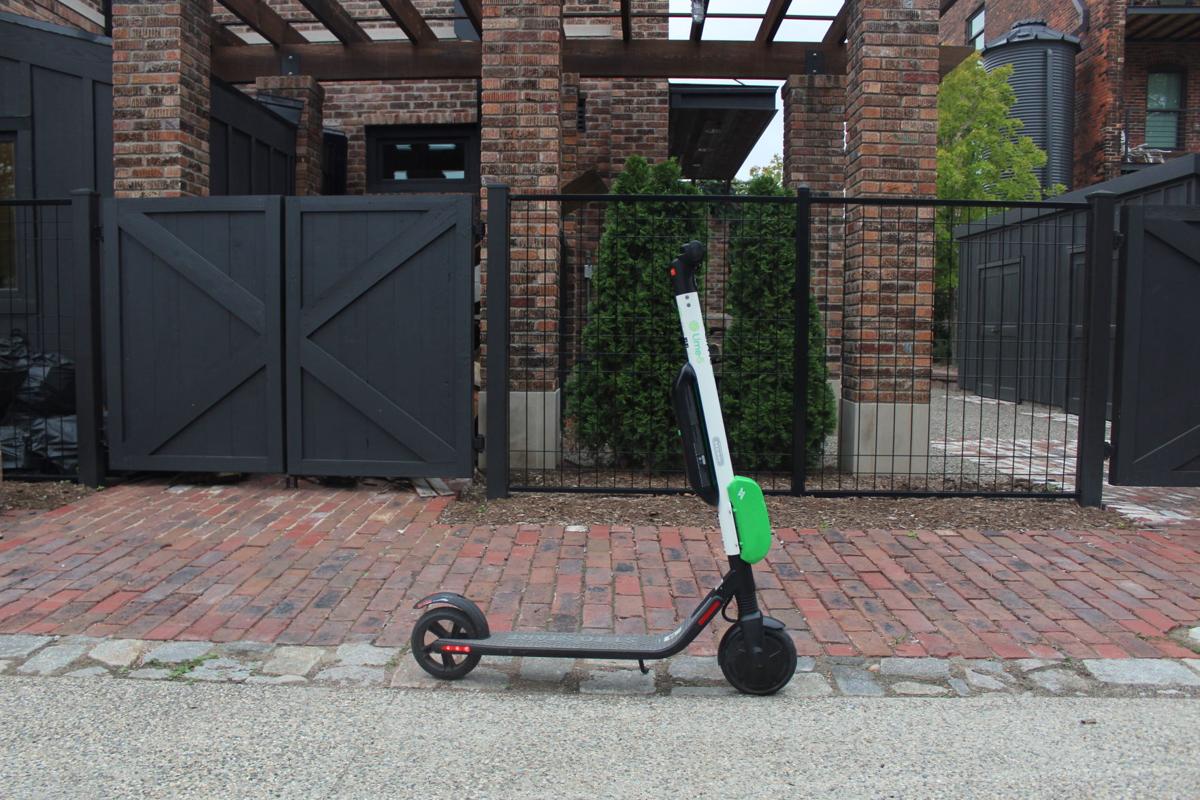 A Lime scooter in Midtown. 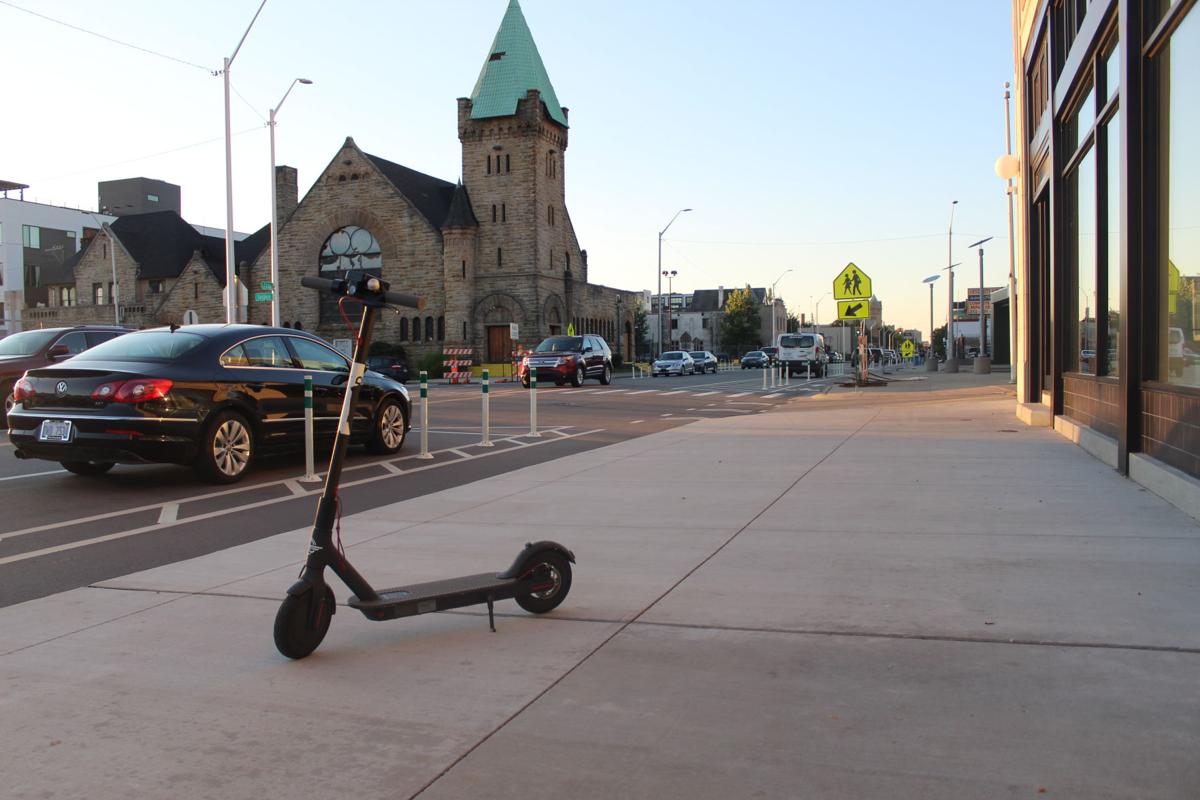 A Bird scooter in Midtown. 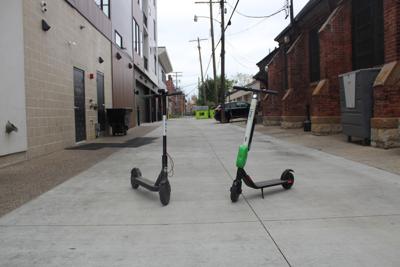 It has been over two months since California-based Bird scooters were dropped off in Detroit. Just one month after its launch, Bird’s main competitor, Lime, joined the market here in the Motor City.

Similarly to Uber and Lyft, a competition has ensued between Lime and Bird. To help settle the debate, The South End devised a series of tests to determine which grab-and-go scooter is best.

Both scooters cost $1 to start with an additional $0.15 charge for each minute of use.

Both scooters competed in a top-speed run, followed by a brake test. Next, the rivals were pitted against each other on a handling test course designed to push their limits before finally being taken on a cruise to test general ridability. In order to maintain a level playing field, both tested scooters had the same charge level and neither showed any particular signs of wear.

LimeBike, the manufacturer of Lime scooters, claims a top speed of 14.8 mph, which according to The South End’s test, is an understated figure. Using a GPS-based accelerometer, we were able to record a top speed of 17 mph from the Lime.

During the brake test, the Bird was the more confidence-inspiring ride. The Bird was able to stop in an impressive 12.3 feet, but the brakes had a tendency to lock during a hard stop. The design of the Lime’s handbrake makes it more difficult to slow down, resulting in a stopping distance of 16.3 feet.

The handling tests did not help in declaring which scooter is easier to maneuver.

At the handling test course, neither scooter seemed to outperform its competitor.

The cruise also didn’t determine a champion in handling; however, it highlighted the two scooters’ speed differences. The higher top speed and seemingly greater amount of torque of the Lime makes it feel like a hot rod, and the Lime left the Bird eating its dust on the straight bike paths of Midtown.

In terms of design, the Bird scooter is surely more utilitarian. A simple black or white frame is adorned with some red wiring and other red detailing bits.

The handlebars are home to the controls of both scooters, and both share a throttle switch similar in style.

However, in place of the Lime’s rather touchy brake switch, the Bird scooters are equipped with a more familiar bicycle-style brake lever. This design allows for more progressive brake feel through the lever, something that the Lime scooter is lacking.

Lighting is a crucial design element that the Bird falls behind in. While the Lime may seem rather boisterous with its Fast-and-Furious-style under-glow, there is no denying that Lime users are more visible to pedestrians and motorists when riding, especially at night.

And the winner is…

Despite Bird being the first ride-sharing scooter to land in the Motor City, The South End determined it to be the city’s inferior electric scooter. Overall, Limes are a better ride, as long as users can get over the finicky brake switch and longer stopping distances.