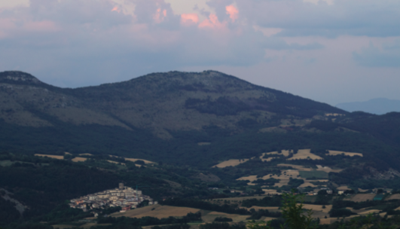 This story originally appeared in The South End's fall 2019 Back to School print edition.

Americans are very notorious for not knowing anything about the world outside of their own bubble. According to the Department of State, only 21 million passports were issued in 2018.

A lot of people’s exposure to the world is what they have been told on the news — which itself is not very well-informed.

Study abroad offers cultural experiences to reframe the way one sees the world. It helps improve skills, making getting a job easier and students can earn credits outside the traditional campus classroom.

By immersing yourself with the people of another country, you will learn about their culture and way of life. Studying abroad gives you the opportunity to understand other’s values, perspectives and deeply-held beliefs — while reexamining your own. This allows you to effectively understand and communicate with others.

“Go in with a clear understanding of what your program is about and recognize most programs are about learning, not a vacation. You should come in with an open mind and be ready to be flexible and roll with the challenges because there will be changes that happen during the program,” Ariel Joslin, a student assistant of study abroad and global programs office, said. “If you go in with the right mind-set study abroad can be the best experience.”

Being someone who has worked very hard to travel to different countries through Wayne State, my fellow abroad classmates of the Wayne in Abruzzo program have come to some terms on things one should know before, during and after studying abroad.

Study abroad requires the knowledge of small things to get you through your daily life in a different country. As someone who hasn’t travelled outside of the U.S. by herself that much, I had a very hard time adjusting to the environment of Gagliano Aterno, Abruzzo. We were in a town of 50 or more people with just a bar at our disposal. If we needed basic necessities, we would have to travel to the next town over which was a 40 minute walk each way.

Maren Hanna, a Wayne in Abruzzo participant, made sure to mention to future study abroad participants to get a phone plan dependent on the country of travel, prepare for the weather, and learn about the living accommodations provided with each program.

While in Italy for the program, Michaila Hazael realized culture shock is a real thing.

Hazael described Neapolitan people as those who do what they want after she watched pedestrians, drivers and motorcyclists wandering on the same roads.

“Familiarize yourself with the symptoms of culture shock,” added Lydia Virzi, another study abroad student. Virzi made a point to add other aspects of traveling.

“Hang out with the locals and follow their lead instead of acting like a tourist,” she said.

“When you find yourself doing something you would do at home, ask yourself what’s a new experience you can do?” she said.

Studying abroad can be scary at first, but it allows you to face and overcome challenges, solve problems and develop unique abilities such as creative thinking, flexibility, and problem solving skills.

“What makes study abroad worth it is exposing yourself to people and the culture. Don’t go to a place focused on seeing all the monuments and museums because you will miss out on getting to know the day-to-day life. Take time to be the local,” said Jessica Thompson, fellow Wayne in Abruzzo participant. “Coming out of study abroad having built relationships with people of the other side of the world is the most fulfilling part.”

All the people I have met through the Wayne in Abruzzo program made the whole trip worthwhile. Things did go awry during throughout the trip, but the good moments made all of it worth it.

My experience with study abroad has been fulfilling than anything else I’ve done. It has allowed me to make friends in a different country while learning about their culture and respect the differences in our social norms.

I have picked up on nuances that can’t be described with words. Italy has taught me to roll with the punches, to not be a planner and making the best out of getting lost in an unknown land. You may just run into something you’d never expect to see and it could be the best moment of your trip.

Guneet Ghotra is the graphic designer for The South End. She can be reached at fz8387@wayne.edu

Thanks for this great post, i find it very interesting and very well thought out and put together. I look forward to reading your work in the future. pycharm full crack download

Thank you for the article. The exposure and experience that we will get when moving to different country would be beneficial for improving our life's perspective. For anyone coming to study in Australia, IDP Education Australia website (https://www.idp.com/australia/) provides many useful information. To know more about a country, the BBC country education profile would be useful.

newyork is my dream city i always have a immortal desire to live there. Wish it happen someday