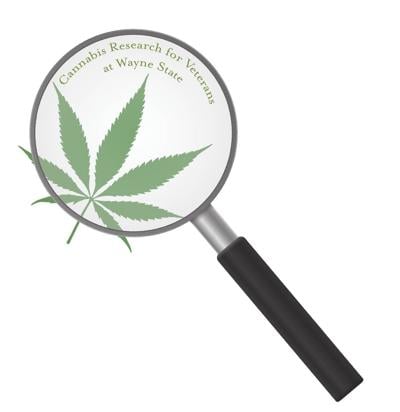 A team of researchers at Wayne State will soon be studying potential benefits of medical cannabis for veterans with mental health issues.

The team will be led by Leslie Lundahl, Department of Psychiatry and Behavioral Neurosciences associate professor.

“This is a clinical trial that we designed to see whether cannabis or marijuana can reduce PTSD symptoms and suicidal ideations in U.S. Armed Forces veterans,” Lundahl said.

The study focuses on veterans with symptoms of post-traumatic stress disorder, depression and other mental health issues caused by traumatic events, Lundahl said.

PTSD can develop following a distressing occurrence, according to the National Institute of Mental Health. Treatments include medication or psychotherapy, determined on a case-by-case basis.

“We want to set out and look at this from a scientific standpoint, as we want to be able to control the doses of THC and CBD,” said Seth Norrholm, Psychiatry and Behavioral Sciences Department associate professor and study researcher. “To be able to control the administration of the drug so we can get a better sense of what properties of the drug are most beneficial for veterans.”

“More than 17 military veterans commit suicide every single day and in a recent survey, about 20% who took the survey reported that they were using cannabis to treat their depression and anxiety,” Lundahl said.

Components of cannabis such as THC and CBD will be looked at to combat anxiety that PTSD can cause, Norrholm said.

“In particular, my lab is looking at how individuals who have been exposed to trauma process fear, how they learn something is fearful,” Norrholm said. “Then how do they in turn, through therapy learn what may have once been fearful is no longer fearful.”

“We’re trying to understand more of the role of cannabis in mental health symptom reduction, also to look at whether it's being used safely and whether there are any downsides to it,” Ledgerwood said.

Ledgerwood will take part in a clinical trial with veterans who use cannabis products to treat neurological problems, he said.

The clinical trials will be made possible by a $7 million grant from the Michigan Department of Licensing and Regulatory Affairs, Lundahl said. The team was awarded the grant in August.

Through veterans using and looking for alternatives to opioid medication, new pathways have opened up for PTSD treatment.

“It’s a matter of identifying how we can best use this new avenue of medication, appropriately and without risk of abuse,” Norrholm said.

Medical cannabis is legal in 36 states and four U.S. territories, though it remains illegal under federal law, according to the National Conference of State Legislatures. Norrholm said he hopes to counter negative perceptions around medical cannabis use.

“This project is to also make it more clinically acceptable to the science and medical community,” Norrholm said. “To kind of take the stigma away.”

Lundahl said the researchers would like to see expanded treatment options for veterans with mental health issues.

“One of our driving motivations here is that, for this population who suffers from PTSD, depression and suicidality and things associated with those, we really need to look at all options that might help alleviate their suffering,” Lundahl said.

The team is preparing to begin its work now that it has received funding and WSU research labs are operating in person, Lundahl said. The study is expected to run for five years.