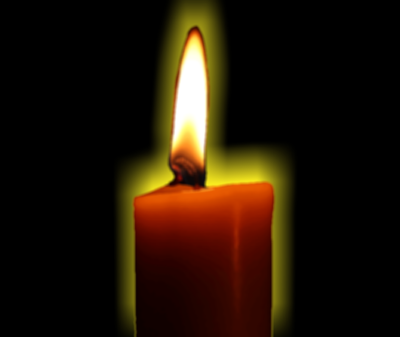 Borszcz started his career at WSU in 1997 and became fascinated with studying pain.

“He was intrigued by the brain structures that were involved and basically the perception of pain and all the emotions that were associated with that,” Bowen said.

To psychology professor Tom Fischer, Borszcz was more than simply a colleague, he said.

“He was very helpful for me as I was starting my career, — we shared common lab space so we became very close back then,” he said. “So I’ve known him for a long time, so he’s first and foremost a friend, but he’s also been a very valuable colleague professionally within the department.”

Bowen said Borszcz was an important part of his life.

“He was one of the very first people that I met when I came to Wayne (State) — [he made me] feel so welcome to the university,” Bowen said. “He took me out for lunches and just really described things about the university and how things worked. He was just a really great friend.”

Bowen said those lunches are now some of his favorite memories with his friend.

Borszcz was diagnosed with spinal cancer in his twenties, an illness that would eventually confine him to a wheelchair for the rest of his life

Despite health issues, Bowen said Borszcz showed up to work strong and took time to learn about his colleagues.

“He never complained about his situation,” Bowen said. “He was always asking everybody else how they were doing, just the level of concern, just a huge heart…that he was so caring about everybody else and wanted to make sure other people were doing okay.”

Fisher said Borszcz was a very dedicated, thorough professor and was more concerned with the depth, over breadth of learning.

“Everything George did he gave it his all,” Fischer said. “Whether it was his research, his teaching, his family life, he gave his all in everything he did, and certainly his teaching was no different.”

About halfway through my graduate training he met his wife who was another faculty in our department, former student Steven Harte said.

“She just changed his world. She was such a perfect spouse for him. I mean he was just as good of a scientist but he just became happier, full of life,” Harte said. “It was just amazing to see what that kind of love did for him.”

Harte said Borszcz’s wife had a child from a previous relationship, and the couple chose to adopt children.

“He was just a phenomenal dad and husband,”  Harte said.

Harte studied under Borszcz as a graduate student, and said he remembers him as a tough professor.

“He had very exacting standards, really required the best out of both of his graduate students as his lab and students in his classes,” he said. “When he first came to Wayne State, he taught for years a couple of the classes for the undergrads in the psychology department and his classes were considered weeder classes.”

“He brought the level of those undergraduate classes to a much much higher standard. When he was on sabbatical and I took over his courses and taught them, in just even trying to replicate what he was doing was just incredibly challenging,” he said.

Fischer said Borszcz was known internationally for his studies on pain and emotions.

Borszcz’s research, Fischer said, helped break down various components of pain into different neurosystems and helped researchers understand that different areas of pain are separate systems in the brain.

“He lives through me as a mentor,” Harte said. “I try to embody sort of the best I saw in him as I mentor my own students.”

A memorial fund has been set up by Borszcz’s family in his honor, with proceeds going towards the furthering of undergraduate education.

Katherine Stozicki is the news editor for The South End. She can be reached at newseditortse@gmail.com.

Cover photo provided by Hannah Sexton, graphic design editor for The South End. She can be reached at go0353@wayne.edu.