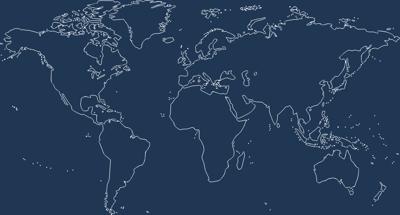 After Santiago’s Panel of Public Transportation Experts announced a 4% increase in peak hour metro and bus fares in October 2019, Chilean students began to organize a coordinated campaign to protest the price hikes. The students hopped turnstiles and took over major transportation hubs in Santiago. But by the end of the month the protests escalated beyond the scope of the original grievances.

On Oct. 25 2019, over a million Chileans crowded the streets of Santiago and other major cities throughout Chile. The protesters' demands were anything but simple. They called for Chilean president Sebastián Piñera to resign and for the ratification of a new constitution, reports Al Jazeera.

“It was always young people, young students, that were the forefront of this protest,” said Josefina Diaz-Orsi, a Wayne State student who immigrated from Chile to the U.S. in 2001. “The last straw was the increase in subway fares. That's what got people in the streets, and that momentum carried over to everyone.”

At the heart of the protests is Chile’s rising levels of economic inequality, Diaz-Orsi said. Namely, the privatization of services many Chileans view as public goods; political remnants of neoliberal reforms enacted during the reign of Chilean dictator Augusto Pinochet.

“I think it’s because of the privatization,” Diaz-Orsi said. “The neoliberal reforms. All these things that make people really, you know, feel this rage because they can't afford basic necessities.”

The legacy of the dictatorship, and the reforms made to the Chilean economy are necessary to understand the current protests, according to Sharon Lean an associate professor at WSU who studies Latin American politics.

“Back in the 70s Chile elected a socialist president, Salvador Allende, in what was a very fascinating election that the U.S. tried to tip in the other direction,” Lean said. “He tried to implement some reforms in the interest of social justice and abatement of inequality, but in 1973, on September 11, there was a coup which resulted in the Pinochet government. There were protests but they were crushed. People were killed, herded into a stadium and ‘disappeared.’”

The Pinochet government, with the help of U.S. economists, implemented many of the “neoliberal” reforms contemporary Chileans are currently protesting, Lean said.

While Chile’s economy has thrived relative to some of its neighbors in South America, that relative prosperity has not addressed issues of growing economic inequality that affect many Chileans today, Lean explained.

“If you live in Chile, and you know you’re in one of the rich countries in Latin America, then you kind of ask yourself why can you not afford the bus fare, why can you not afford education?” Lean said. “We have these debates in our own politics with say Bernie Sanders who’s considered a raving socialist or whatever, but it's different when you're in Latin America. People there are more open to pursuing different types of policy. There is more space for the idea that the state should provide and help balance out inequality.”

Diaz-Orsi said her sister who lives in Santiago has been attending the protests every day since they first began. She said she and her parents often worry about her sister’s safety, but understand what drives her to participate.

“I feel like my parents are nervous because they've already lived through the dictatorship, they protested the dictatorship and they realize how inhumane the pacos (Chilean slang for police and soldier) can be,” Diaz-Orsi said. “They don't trust the government to you know, to not kill people they've been, they've been doing awful things and this isn't anything new. But at the same time they also understand the urgency of being there and to protest and to be involved in what is basically a revolution.”

At least 29 people have died and 964 have been injured over the course of the protests, according to a report by the National Institute for Human Rights. Of those injured, at least 222 were the result of serious eye injuries, the report states.

On March 3, 2020 the protests resurged and resulted in over 300 people arrested. Public transportation was temporarily shut down. This March marks the 30th anniversary of the Pinochet dictatorship, according to Reuters.

Eye injuries — because of the use of rubber bullets by security forces — are common in Chile and have become a symbol for the protests to rally around, Diaz-Orsi said.

“My sister purchased specialized goggles because she's heard too many stories of people going blind because of the rubber bullets,” Diaz-Orsi said. “They're losing eyesight, you know, they're getting eyes mutilated and stuff.”

On Nov. 15 2019, Chilean lawmakers announced they would hold a constitutional referendum in April 2020. Chile’s current constitution was written during the dictatorship and enshrines many of the issues Chileans are currently protesting against, Diaz-Orsi said.

“I think the initial protests were over anger. ‘You raise my fair, I can't get to work and it can't feed my family,’ and then the broader protest has become about a more forward looking demand of reforming the constitution,” Lean said.

While she thinks a new constitution is a first good step, Diaz-Orsi said she would also like to see President Sebastian Piñera resign from office.

“A lot of people want him to resign because they are tired and sick of his policies and how he tried to control the situation,” Diaz-Orsi said. “When the protest first started he said that he was going to send military troops out because it is a war — he literally said that. To have that tone set at the beginning, it made protesters even more furious.”

Though she isn’t in Chile, Diaz-Orsi said she felt it was important to express solidarity with the protests.

“I went to a solidarity dinner in Detroit, and after I posted it my cousins in Chile were so happy, they’re like ‘oh my god, yes!’ Diaz-Orsi said. “It makes them feel warm knowing there’s Chileans everywhere, or anyone, that are supporting them because it makes them feel they’re not alone in this.”

She hopes WSU students will pay attention and show support for the protests.

“What’s happening in Chile is happening everywhere around the world,” Diaz-Orsi said. “It’s a global issue and will require a global response, and just because it might not seem like it affects you personally it’s still important to speak up about it and show awareness and solidarity.”

Lean said that if students are interested in these topics they should enroll for her Latin America and World Affairs class.

“We will definitely be talking about the protests and their regional implications, as well as other perennial favorites like migration debates and the drug trade,” Lean said. “You can never go wrong with that class because it's going to be interesting even if you try to make it boring.”

Sean Taormina is the features editor for The South End. He can be reached at staortm@wayne.edu