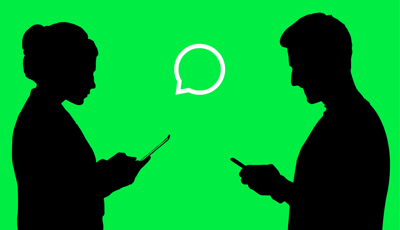 Due to a yearning for connectivity, entertainment or education, social media platforms and online streaming services are facing a surge in activity by some Wayne State students.

Senior Sherin Shkoukani said she always spent a lot of her time on social media, but now her online activity is the highest it’s ever been.

“I probably use my phone about seven to eight hours a day, maybe more,” she said.

Shkoukani is taking 15 credits, and said although some classes adjusted the assignments, other classes added more online work.

Despite this, she said she’s enjoying most of her time online. As a marketing and digital advertising major, she said she wants to strengthen her skills during this time and to even build a website, and post some lifestyle blogs.

“I’ve always been addicted, but now that I have more time, I’ve been very addicted to social media,” she said.

Internet traffic in major U.S. cities has increased by about 20% between January and March, according to Cloudfare, a U.S. company that provides network infrastructure to businesses around the world.

Shkoukani said she spends the most time on Instagram — her favorite platform. She changed her profile setting from a private account toa public business page and said she’s working on generating more content to share.

WSU assistant psychology professor Hannah Schacter said social media is serving the important function of connectivity and interaction during a time of physical and social distancing, but users should be careful of what they’re consuming.

“Using Instagram to actively interact with friends can have very different effects than scrolling endlessly through photos of perfectly curated influencer profiles,” she said.

Shkoukani said she sometimes hates how much time she spends on her laptop and phone, and has thought about spending less time online since it’s disrupting her sleep and workout schedules.

“I contemplated whether to leave social media, just to take a break, but I’m so addicted that I’m kind of scared to let go of my accounts,” she said.

Professor Schacter said research shows that “increased time spent online in and of itself is not very strongly linked with mental health.”

She said that the psychological effects vary on the content consumed.

“Whereas spending hours video chatting with your family and friends will probably boost your well-being, spending that same amount of time scrolling through COVID-19 news stories might make you feel more distressed,” Schacter said.

WSU 2015 graduate Amney Iskandar works as a business analyst and software developer in the automotive industry and said she has been spending more time consuming news than ever before.

“Ever since the lockdown has been in place, I checked the news several times to see if the numbers have risen, and what new information has come out,” Iskandar said.

She said she tuned in to livestreams by Gov. Gretchen Whitmer, and was glued to her Twitter feed for updates.

“This last week I stopped checking the news for mental health reasons,” she said.

Limiting news intake for a period of time is something Schacter advises.

“Watching too much news, especially given the current circumstances, can just amp up feelings of anxiety and fear,” she said.

Iskandar said she is trying to stick to positive content on social media and use it as a source of relief and entertainment.

“I try to disconnect from all of the negatives at night, by watching a movie or by reading a book,” she said.

Alnabulsi is enrolled in 17 credits for the winter semester and was working part-time as a substitute teacher in the Dearborn Public Schools district.

He said he adjusted to online coursework, but after losing his job due to schools shutting down, he’s spending a lot of his free time on his Xbox.

“This quarantine definitely has me playing more video games. It’s honestly the only thing that helps me pass time in the house,” he said.

He said he’s mostly playing “Call of Duty” with friends, but occasionally also hops onto “Fortnite.”

Cloudfare reports a 50% increase of video gaming activity as of March 2020.

She also said it’s important to take a break from the internet whenever possible.

“Don’t forget that physical distancing doesn’t prevent you from going outside, getting some fresh air, and enjoying your surroundings through your own eyes, rather than your screen,” she said.