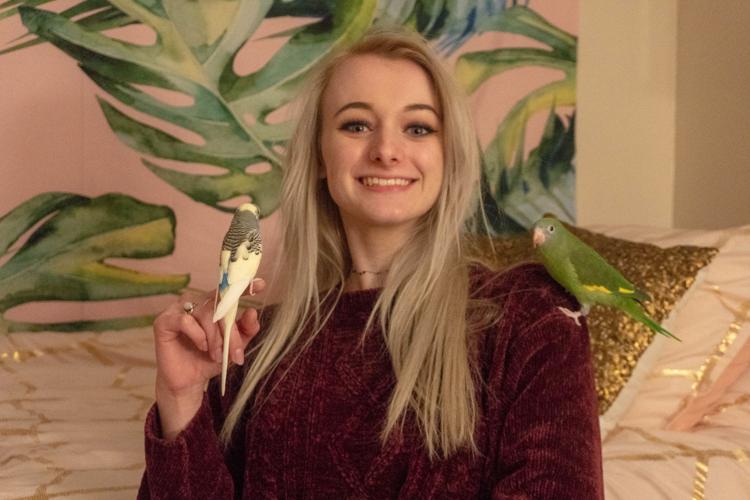 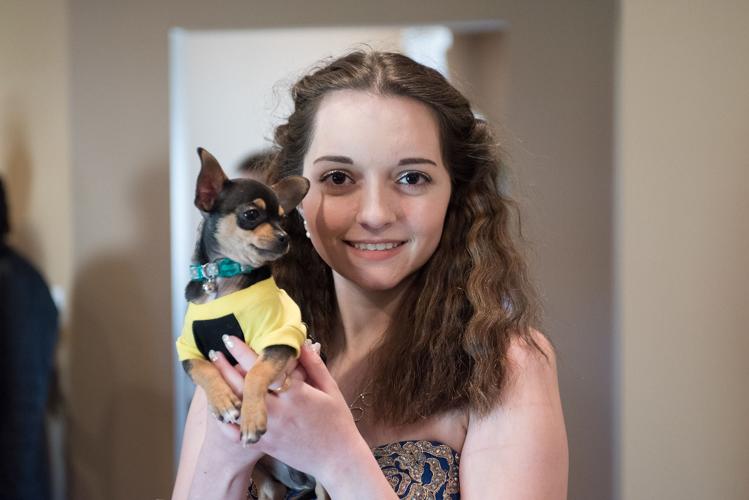 Freshman film major Adrianah Tucker says she has struggled with depression for years, and her pet birds are a source of support that help her through her tough times.

“I have struggled with depression since I was 14,” Tucker said. “My birds help me stay calm and give me something to care for. They help me cope when I’m in a dark place.”

Students living in Wayne State residential halls are not allowed to have pets — with the exception of emotional support animals.

According to WSU policy, an emotional support animal is a companion animal that provides a therapeutic benefit to an individual with a disability.

However, there are limitations to what types of animals can be approved for dorm life, Frost said.

“My birds are my family. They (help) me feel more at home while I’m at Wayne State,” Tucker said.

“I get periods where my mood and energy dip so low that it’s hard to make myself get out of bed,” she said.

“Worm helps — she gives me a reason to get out of bed and gets me out of my thoughts when they’re getting too negative,” Serafini said. “She helps me function like a normal human being."

Freshman pre-nursing major Athena Syed said her five-pound Chihuahua, Bruno, is there to comfort her when she’s feeling low. Syed said that Bruno has made her transition to college easier.

Per Housing and Residential Life policy, roommates of residents with therapy animals must sign an agreement to live with the animal.

Serafini said her dog has a great relationship with her suitemates.

“All three of my roommates adore her,” Serafini said. “When I’m in class she loves to sleep on the couch under a blanket with whoever is home.”

Syed, who has no roommates, said Bruno enjoys spending time with her neighbors.

However, some students with emotional support animals said there is some stress that comes along with having an animal in a college dorm or apartment.

“Sometimes, when I’m taking (Bruno) outside, it can get overwhelming,” Syed said. “People stopping and asking if they can pet him makes me a bit uncomfortable.”

“One difficulty I face is feeling like I never spend enough time running her around outside, even on the days I take her out,” she said.

Tucker worries that her birds might be a nuisance to her neighbors.

“Brobee likes to scream a lot. I am used to it, however, I worry that my neighbors get annoyed,” Tucker said.

Some students have misused the emotional support animal system to allow them to have a pet, Frost said.

“Unfortunately, people are finding loopholes when they find medical professionals who will sign off on them having an (emotional support animal), though they don’t have a need for them,” Frost said.

Serafini said it’s sad that people cheat the system because they want their pet with them.