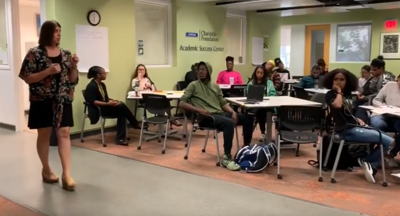 WSU created student-support programs such as The Office of Multicultural Engagement and the Wayne State Warrior Vision and Impact Program to ease the transition into college, Brockmeyer said.

Factors such as adjusting to college life and financial issues were contributors as to why enrollment rates were decreasing said Darrell Dawsey, WSU associate director of community communications.

With these assistant programs, Brockmeyer said the university expects the continuation of increasing enrollment numbers and graduation rates.

Jessica Taylor is a contributing writer for The South End. Taylor produced and edited the video as well. She can be reached at gp5272@wayne.edu.