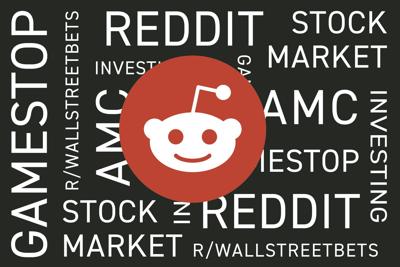 A few Wayne State students tested their luck in early January, hoping to get rich off Wall Street and its GameStop saga.

An online community of investors, known as WallStreetBets on Reddit, banded together to create an artificial demand for a failing stock price in late January, according to ABC News. This led to a lot of first-time investors jumping into the market. As the amount of share purchases increased, the prices went up as well. At its peak, GameStop saw a 14,300% increase in share value, according to CNET.

This situation, leaving many economists and investors confused, continued with GameStop shares doubling and surging in price at the end of February.

“There’s nothing that motivates a human-being more than a random payout, so it’s very tempting to treat the stock market like a slot machine,” said Matthew Roling, WSU part-time faculty in finance. Roling also offers investment advice on Youtube.

Roling said he supports a democratized stock market, allowing people more flexibility and freedom when purchasing stocks, though caution should be exercised.

WSU students who have very little or no experience in investing are joining online communities and talking to more experienced peers for investment advice. Some students have even formed a Discord server —titled Wayne Stonks University— where WSU students can discuss stocks amongst one another.

The WSU student organization was formed after junior computer science major George Mourtos was having a conversation about the stock market with his peers in a group chat for one of his classes, he said in a March 22 email to The South End.

“(O)thers said to not fill the group chat with non-class related things. So from there, we started and a few others were interested in investing,” Mourtos said. “Now there are a few call outs and hot stocks that some of us more seasoned individuals have our eyes on and if it hits and takes us for a ride, those who take our knowledge can make or lose money.”

Students who decide to join the Discord server must agree to a disclosure agreement prior to being granted server access, Mourtos said.

A few WSU students have gotten lucky with their investments.

“I bought Gamestop stocks at $42 and ended up selling my shares at around $300,” said Neil Rastogi, a sophomore biology major.

Rastogi frequents Reddit and Discord for stock advice, he said, but understands these gambles on the market may not always work out.

“It’s important to realize that any investment you make can be lost. Whenever you enter a trade you have to go in knowing that you may never get that money back. But if things work out you can get a great return,” Rastogi said.

Students should be mindful in the way they want to invest, Roling said. Most investments approached as gambles will end up as a loss.

“The way you win is with low fees and diversification, you take the money and you put it in an index fund where you have low fees and can keep piling cash there," Roling said.

The average stock portfolio returns only 9% a year, while the average credit card has 16% of interest, Roling said. People shouldn't invest in stocks if they have credit card debt, however interest on school or car loans aren’t as disruptive.

“I understand that people want to be rich when they’re 20 years old, but you know what's even cooler? Being rich when you’re 40 and not getting there by gambling,” Roling said. “There is nothing more powerful than compound interest and compound interest feeds off of time.”

Roling’s unsure about the future of the market, but he said he has specific hopes.

WSU students interested in being a part of Wayne Stonks University can join the Discord here.