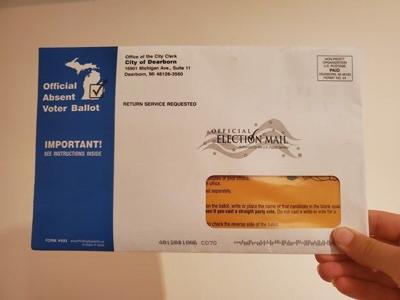 With an increased number of voters casting ballots absentee in November, policy changes made by the United States Postal Service made the election process more difficult for some.

According to the Michigan Secretary of State’s office, a record 3.3 million absentee ballots were cast in November, an increase from the 1.6 million cast in the August primary.

Per a study of 258 USPS Blue Boxes in the Detroit Metro area, conducted by 16 Wayne State University investigative reporting students under the guidance of associate professor Michael Fuhlhage, approximately one third, or 87, of the boxes were removed. In Detroit, of 92 boxes surveyed, 33 or 36% were reported removed.

Service was also affected by elimination of mail pickup times and changes in pickup times, with 71 of the remaining 171 boxes seeing earlier, and less convenient, collection times.

Data regarding the location of boxes surveyed came from mailboxmap.com. According to ICANN, a web domain registration service, the site is registered to JDH BI Consulting, a software developer in New York, which last updated the website registration in March 2019.

A USPS Investigator General report, issued Oct. 19 in response to several congressional requests, found that the agency failed to analyze potential impacts of the changes prior to their implementation and issued limited, mainly oral guidance to employees, causing uncertainty at USPS facilities, which worsened service issues.

Lawrence said in an email that her 30-year career at the USPS prepared her to fight against DeJoy’s harmful policies.

“When I witnessed a Postmaster General with zero relevant experience enacting operational changes that did nothing but slow the delivery of mail, I immediately worked with my colleagues to hold him accountable for his actions,” Lawrence said.

A spokesperson for U.S. Sen. Gary Peters (D-Mich.) said in an email Peters is committed to holding DeJoy accountable and supporting postal workers.

“Senator Peters will continue leading oversight efforts of USPS to hold the Postmaster General accountable for his reckless changes that caused harmful mail delays for Michiganders,” the spokesperson said. “As part of his oversight, Senator Peters requested an investigation by the USPS Inspector General, which included findings on collection boxes. He will continue his work to ensure postal workers have the resources they need to do their jobs so the mail can be delivered on time.”

Aiyash said he will lobby congressional leaders to continue pushing for a reversal of the current USPS policies.

“I think like many folks, there is most definitely a political rationale for that,” Aiyash said. “It was completely based on appeasing President Trump and a way to try to undermine or delay the mail-in voting process that so many people are going to have to do because of the pandemic.”

USPS concerns in 2020 may result in more voter participation

Michigan’s Proposal 3, that voters approved in 2018, allows for same-day voter registration and no-reason absentee voting, along with other measures intended to make voting more convenient for Michiganders. More voting methods likely contributed to a slight increase in turnout this election, Deegan-Krause said, while a political advantage remains unclear.

He expects a shift toward more voting by mail in the future, Deegan-Krause said.

“What I would like to see is that kind of high and sustained voter turnout, with less of the polarization that’s now driving it,” Deegan-Krause said.

“It’s all vital for the entire system, so one piece can’t function without the other,” Clora said. “So we thank our individuals in USPS, and mailing services too, to accurately deliver and make sure people’s votes, people’s literal voices in an envelope, can get where they need to go.”

But Bill Wong, a political strategist based in Sacramento, Calif., said the effect of policy changes at USPS may have harmed the department’s credibility.

“I think the bigger concern, at least from a political standpoint, is that those delays then started to create doubt among the public with regard to the reliability of the U.S. mail,” Wong said.

State law should be changed to allow election workers to open absentee ballots and check signatures ahead of election day, so they can be processed and reported by election night, Sarbaugh-Thompson said.

A result of some of the false narratives spread about election integrity could be higher voter participation and respect for the role of democratic norms in safeguarding U.S. democracy, WSU political science associate professor Ronald Brown said.

“If we have more engagement, it pressures or forces leaders to listen to, as opposed to manipulate, the public and engage the policymaking that protects the republic,” Brown said.

Sarbaugh-Thompson said more vote by mail options are likely to increase voter participation, though long term absentee voting trends are unclear due to close timing between legal changes and the pandemic.

Voters need to remain involved in order to protect the future of voting rights and American democracy, Brown said.

“I think it’s up to us to protect it. If we want to make sure this works, it’s up to every American citizen to become much more engaged in the political process,” Brown said. “Sacrifice our time and our energy if we want to be patriotic Americans. We have to do it ourselves. And I think it may be that we stop relying on our leaders to tell us what to do and we have to do it.”

Cover photo by Jenna Prestininzi, managing editor for The South End. She can be reached at managingeditortse@gmail.com.