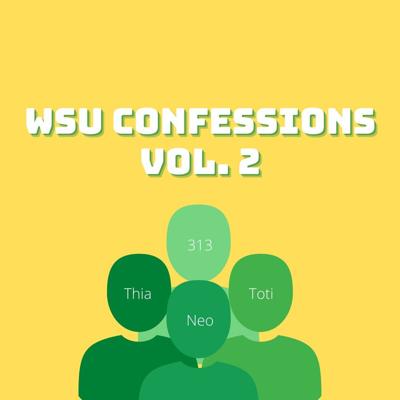 WSU Confessions, the Twitter account anonymously sharing the stories and experiences of Wayne State students, is back after a month of inactivity. This time, the account is under a new profile and management.

The new WSU Confessions account is run by four moderators using the codenames 313, Thia, Neo and Toti. Each moderator spoke on the condition of anonymity for safety and privacy reasons.

Previously, one person ran @WSUConfessions4 at a time. However, 313 said they think having several moderators will help maintain consistent posts throughout the day.

“Something that we all noticed was that on the old confessions (@WSUConfessions4), it would just take a lot longer for stuff to come out,” 313 said. “I would get irritated but I also understood that he had a life. So we thought, by having four moderators, it would be better in terms of getting everything out in a timely fashion.”

313 said they messaged the former confessions account from their personal account, @313waynestated on Dec. 14, 2021, to ask about taking over the @WSUConfessions4 account. However, they did not get an answer.

“They (@WSUconfessions4) never responded,” they said. “So what I did was that I added them and said ‘Hey if you don’t respond with(in) the next five days, we’re going to start a new account.”

From there, 313 searched for moderators to help them process through submissions. Later, Thia and Neo got in contact with 313 and began serving as the new moderators.

Toti joined the WSU Confessions team later than the other mods. Toti said they messaged 313 over Twitter on Wednesday to help the account if needed.

“I was just like ‘Hey, by the way, if you (313) ever need any help with the account, let me know. It’s a bit overwhelming sometimes, I’d be happy to help,’” Toti said. “Then they were like ‘I can ask the other two mods if you want to get added on.’ And it led here.”

Neo said they joined the team to help give an outlet for WSU students to share their thoughts.

“I just liked the idea of really letting people share their voices. I’ve had a lot of problems with WSU and I actually used the old confessions page to talk about my issues,” Neo said. “With the (COVID-19) pandemic and everything, it feels like we’re all screaming into a void. Just being able to give students a platform where they can talk, that’s what I want to do.”

Thia said they felt more confident with the help of other moderators but are also accountable to their 800 followers.

“I guess there is a bit of pressure. It’s almost like a sense of responsibility rather than empowerment with knowing that I help run the account,” Thia said. “Knowing that there’s other moderators helping make decisions on ‘Should we post this?’ or ‘How should we run this account?’ makes things a lot more reassuring.”

Toti said they agreed, but they attributed the stress to the submissions.

“There’s a bit of pressure,” they said. “Staff like Dean (of Students David) Strauss and professors understand that everything that gets posted isn’t really a mods thing. It’s more students venting. But I guess you can feel the pressure, like probably stepping on the wrong toes.”

Currently, there are two options available to people who want to post a confession. Users can either direct message @WSUConfessions5 or send their confessions through Tumblr.

However, Thia said the moderators are still working on creating clear definitions of the wording in their rules.

“We use the basis of the old confessions rules as our rules. But, I guess we’re learning the nuances of them,” Thia said. “It’s just really an adjustment period of learning ‘Okay, so that’s what exactly these words need to mean.’ Not just an interpretation of it, we need it to mean this.”

Since starting the account, @WSUConfessions5 and its moderators have come under fire as some users have demanded the return of @WSUConfessions4. Neo said the criticism does not bother them or affect their decisions on what to post.

“The first time it happened I was like ‘Ouch,’” Neo said. “But then I remembered that I’m anonymous. These people don’t know who I am. This is just another Twitter account for them.”

Though the moderators say they do not let comments affect them, each agrees on the importance of their safety for the future of the account, 313 said.

“I think what probably annoys me and the other mods the most are people trying to find out who we are. Please don’t try to find out who we are,” 313 said. “We want this to be an outlet to give people the chance to speak out about what’s on their mind. We want to make sure the school is aware of our struggles.”