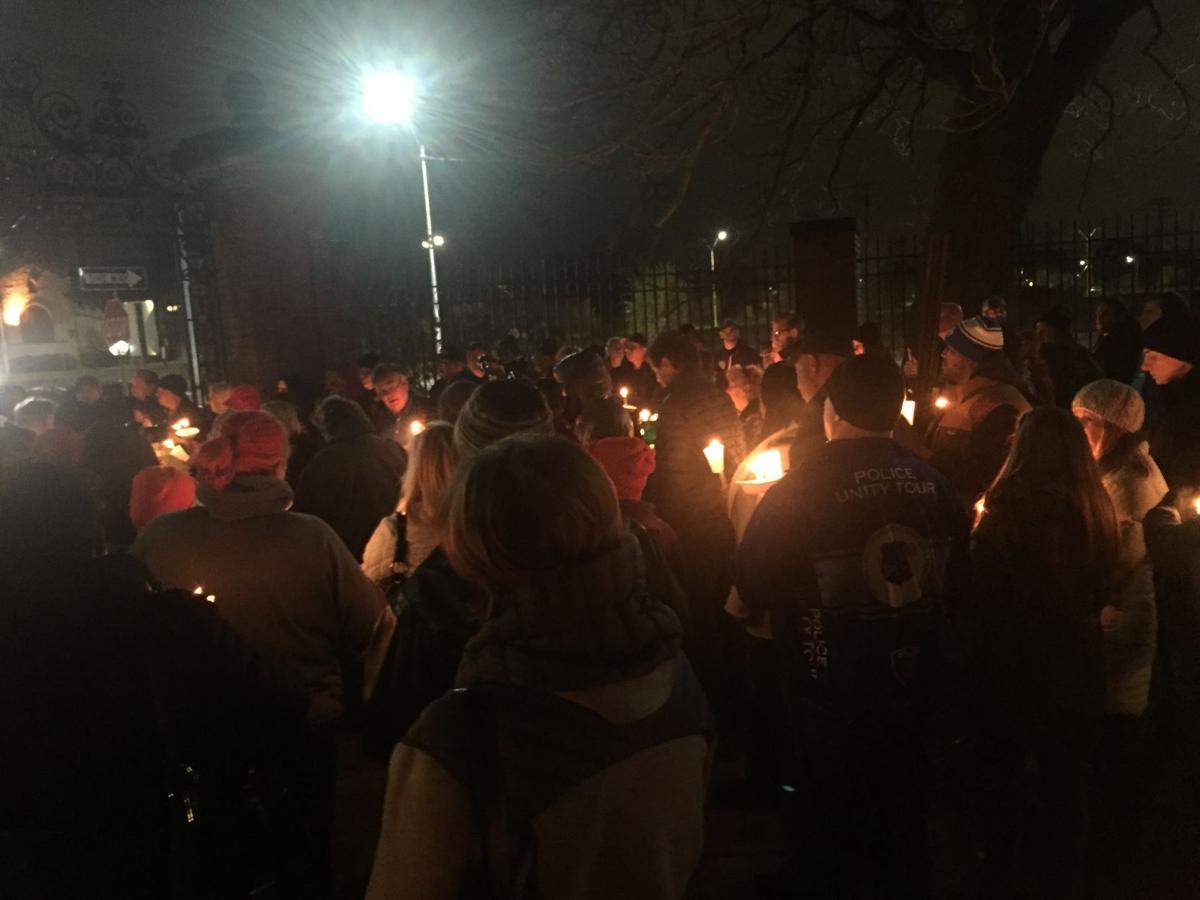 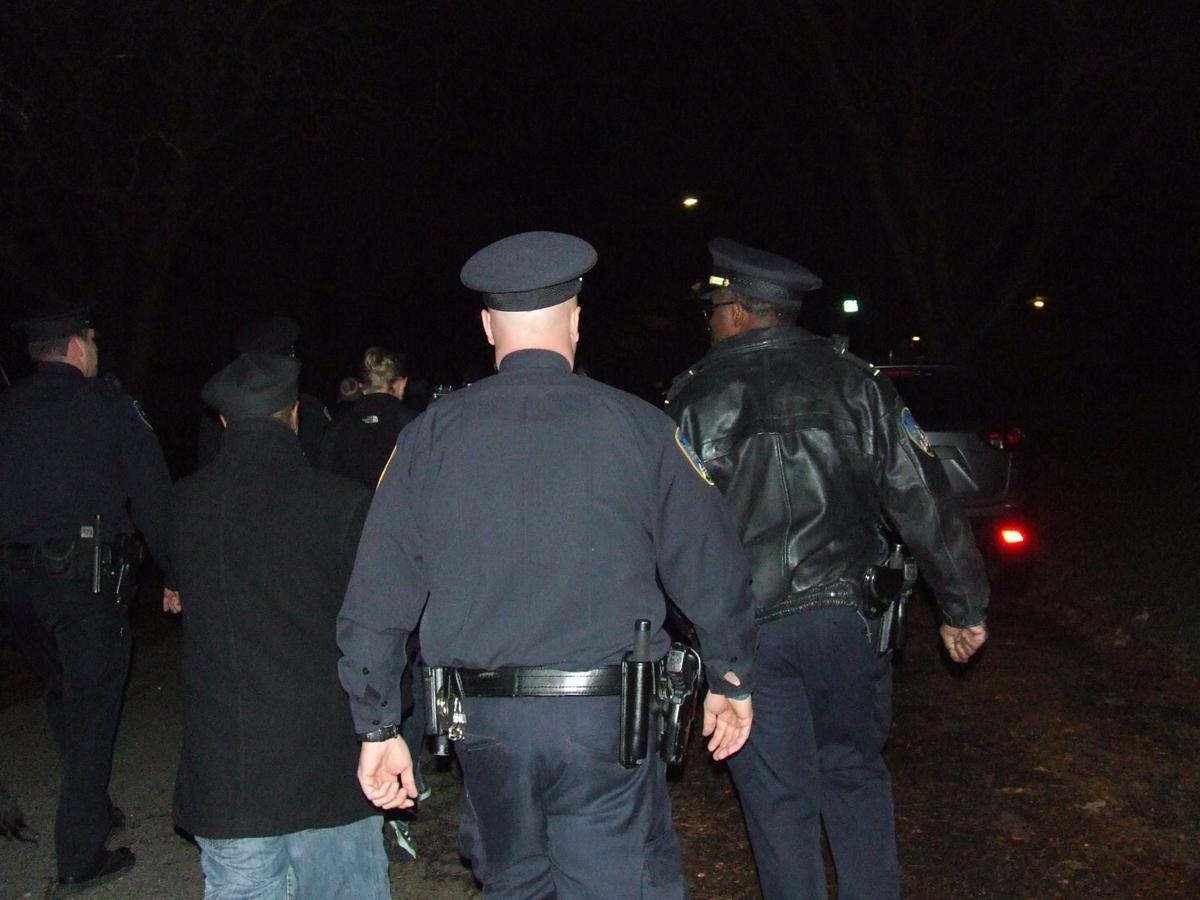 Rose died Nov. 23 after being shot in the head the day prior. The memorial and march, which started at Scripps Park and ended at the place where Rose was shot, was organized by members of the Woodbridge community.

At the end of the march, community members left flowers next to a post where Rose was shot.

Organizers of the event said, “As community members of the Woodbridge Community, we treasure our police officers. We know Officer Rose and his commitment to protecting our resident.”

WSUPD Police Chief Anthony Holt said when he interviewed Rose five years ago to be a part of the WSUPD, Rose was about to jump out of his seat due to his excitement and readiness to protect and serve.

“Collin with his smile and worth ethic came in early and stayed late,” Holt said. “When I interview people from now on, the model will be Collin Rose… this is the type of officer I want to see.”

Holt said Rose was the type of police officer who worked to help the community 24-hours and seven days a week, and officer Rose would be delighted to see the people who came to the vigil to support the community.

Woodhaven Police Sgt. Frank Zdankiewicz said he met Rose three years ago through riding on the Police Unity Tour, a tour that brings awareness to police officers who have died in the line of duty and honor their sacrifices.

“In the three years I’ve known him, it is amazing how close us who rode in the tour got,” Zdankiewicz said. “One of the things I think is important to know about Collin is he was a champion of champions in remembering those officers who lost their lives in the line of duty… It is very ironic and sad that he is one of those people we will ride for.”

Zdankiewicz said Rose exemplified what a great police officer should be and he will be missed.

Assistant Building Coordinator of the WSU Athletic Department Mike Flynn said he was very proud of the community for remember Rose.

“A great man passed away taking care of us,” Flynn said. “There’s a lot of sadness here, but there is a lot of love, and remember love always heals hurt.”

Organizers said they are actively organizing a memorial for Rose in Woodbridge by next spring. If students are interested in donating to the memorial, email woodbridgeneighborhooddetroit@gmail.com.

“We will commit ourselves to continuing his work to make our neighborhoods safer. And all the officers who serve our community will feel our appreciation.”