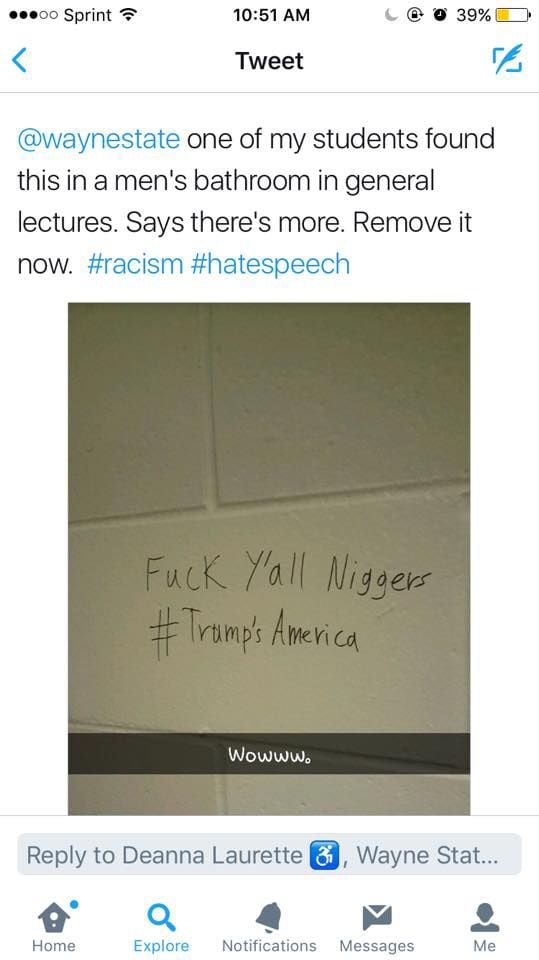 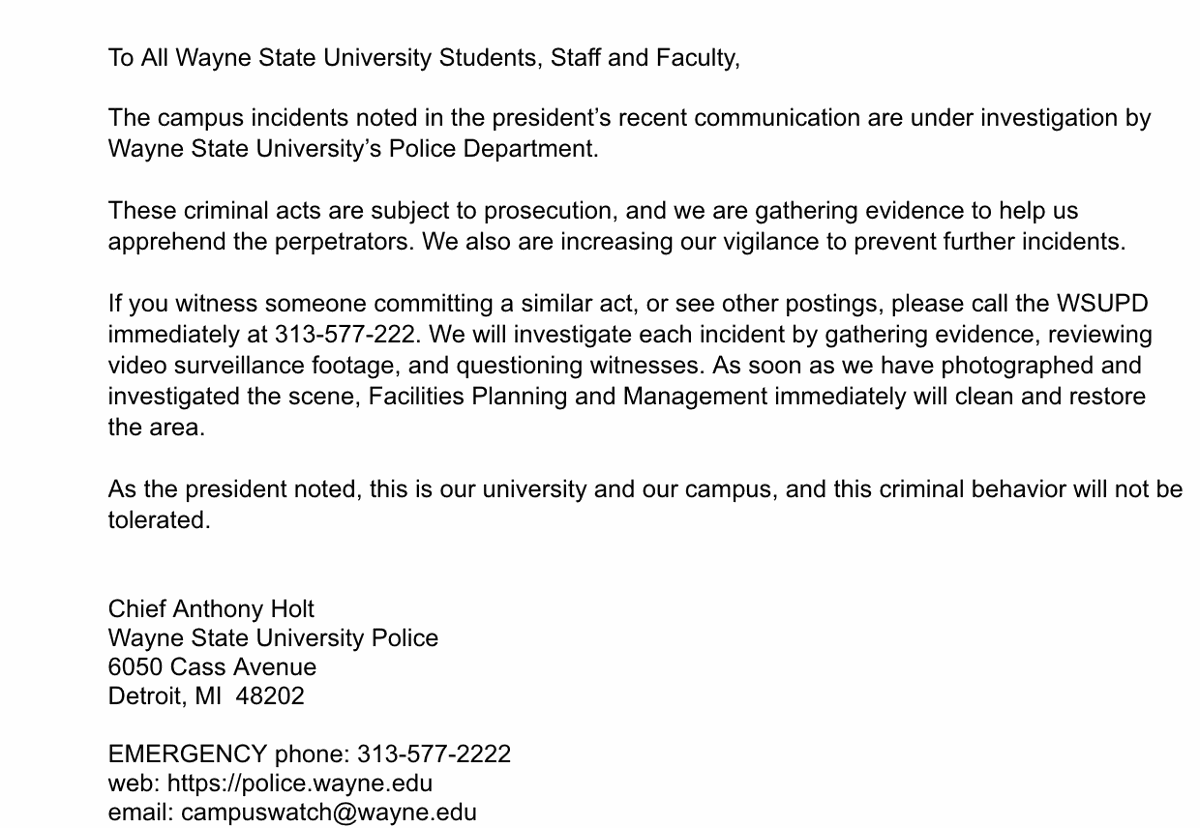 A English professor at Wayne State, Deanna Laurette, tweeted a photo on Feb. 9 of marker graffiti left in the men's bathroom. One of her first-year students reported the racist graffiti that said "#TrumpsAmerica" to her that afternoon.

She tagged @waynestate to notify them and said to one of her followers, "I've been trying to defend the students every way I know how."

On Feb. 10, WSU President M. Roy Wilson issued an email to all students addressing the graffiti that hit men's bathrooms in the General Lectures building.

"I always find such behavior abhorrent, but I am deeply disappointed this has happened at Wayne State, where we embrace and respect our differences and strive to live by our values of diversity and inclusion," he wrote.

"Such actions will not be tolerated. Not only are they detestable; they are criminal. The Wayne State University Police Department has begun investigating these incidents and is reviewing video footage from the areas where they occurred. The department also will be increasing its vigilance to help prevent further occurrences."

Laurette has been at WSU since 2012 and this semester, she is teaching first year composition.

"The instances of graffiti and intolerance really impact these younger students," said Laurette. "I haven't seen or experienced anything like this at WSU before Trump, and I have seen and heard as well as experienced things on campus since then."

"In these times of change and uncertainty, passion is understandable, but hatred and violence are not. We cannot allow these incidents and the small-minded people who perpetrated them to either intimidate us or deter us from our mission and values. This is our university, and we all play a role in its progress, not only through our own success but also through the support and success of others."

WSU Police Chief Anthony Holt sent out a campus-wide email saying the incident is being investigated.

"These criminal acts are subject to prosecution, and we are gathering evidence to help us apprehend the perpetrators. We also are increasing our vigilance to prevent further incidents," Holt wrote.

Seen some on high school in michigan which are full of vandalize walls. These horrible things should stop.