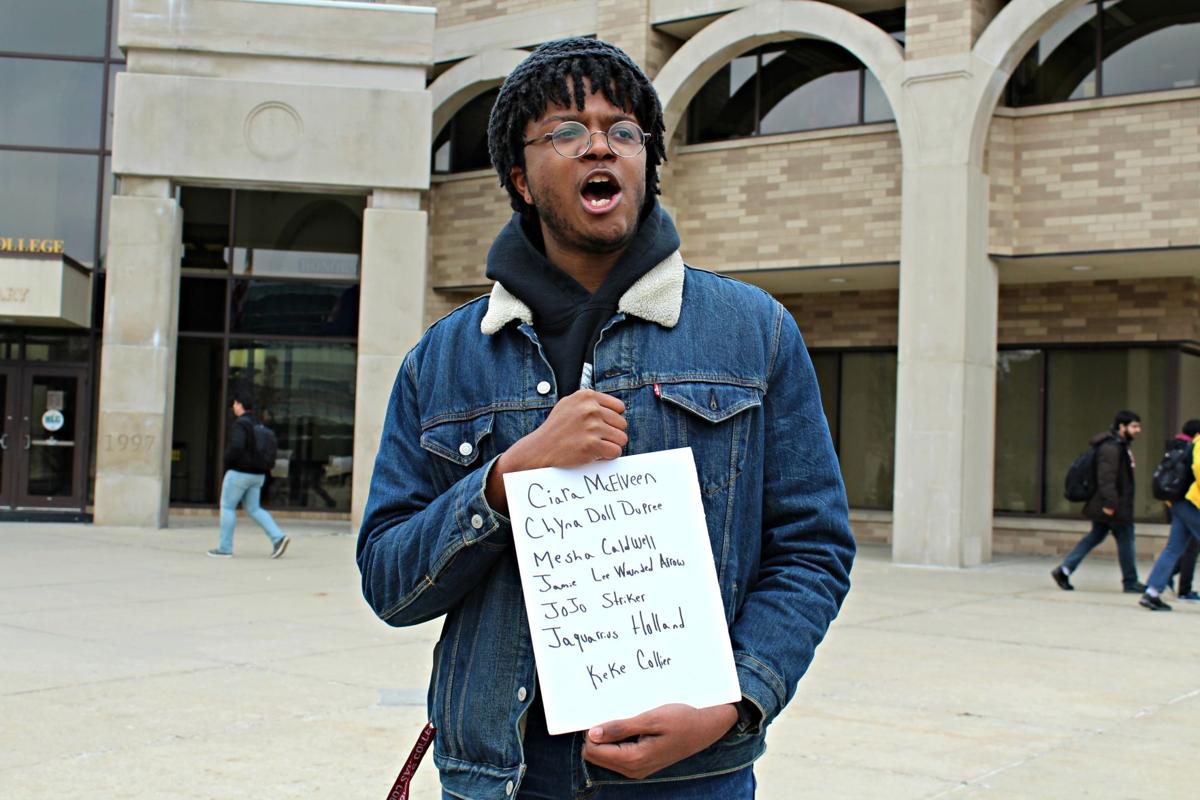 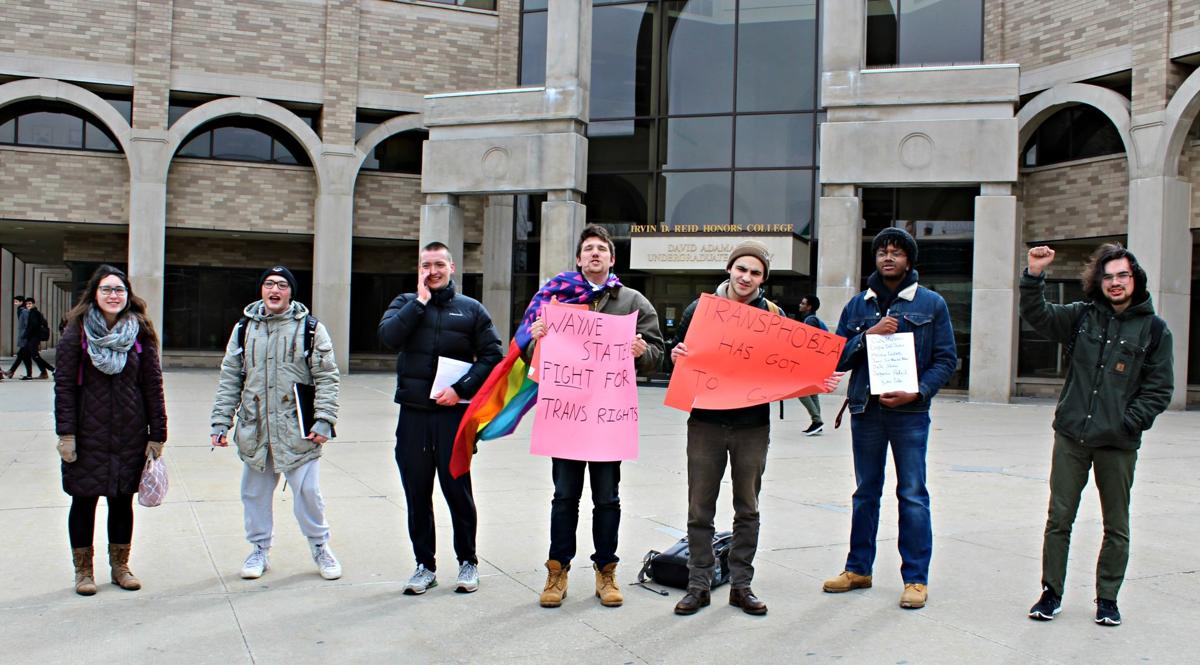 Wayne State Students rallied in front of the UGL to demand gender neutral bathrooms in every building on campus on March 2. Photo by Miriam Marini.

Students for a Democratic Society - Detroit organized a rally to defend transgender students' rights on March 2.

In addition to male and female restrooms, SDS demanded the university to install gender neutral restrooms in every building on campus.

Currently, Wayne State has gender neutral restrooms in over 50 locations on campus, including parking structures and residential halls, according to the campus map.

According to the event page for the rally, SDS said WSU has put a five-year plan in place to implement gender neutral restrooms in every building. However, they feel that five years is too long of a wait for non-binary students.

"All sorts of gender identities exist," the description said. "The bathrooms at WSU should reflect this, instead of forcing students to choose between the gender binary."

SDS said the demand is as simple as changing a sign. However, they said since the LGBT community is currently under attack by the Trump administrations and other institutions, the restrooms represent support and acceptance from the student body.

"Together, we have the ability to change our campus for the better," they said.

At some point it is important for us to actually build our identity by taking great care of our own self. In occupied timetable of every day life individuals neglect to take their care however in many https://sites.google.com/site/collegewritingservicesreview/home/best-essay-education-review a similar issue is pointed in exceptionally positive sense that one can without much of a stretch comprehend the idea by diagramming it for the first run through.