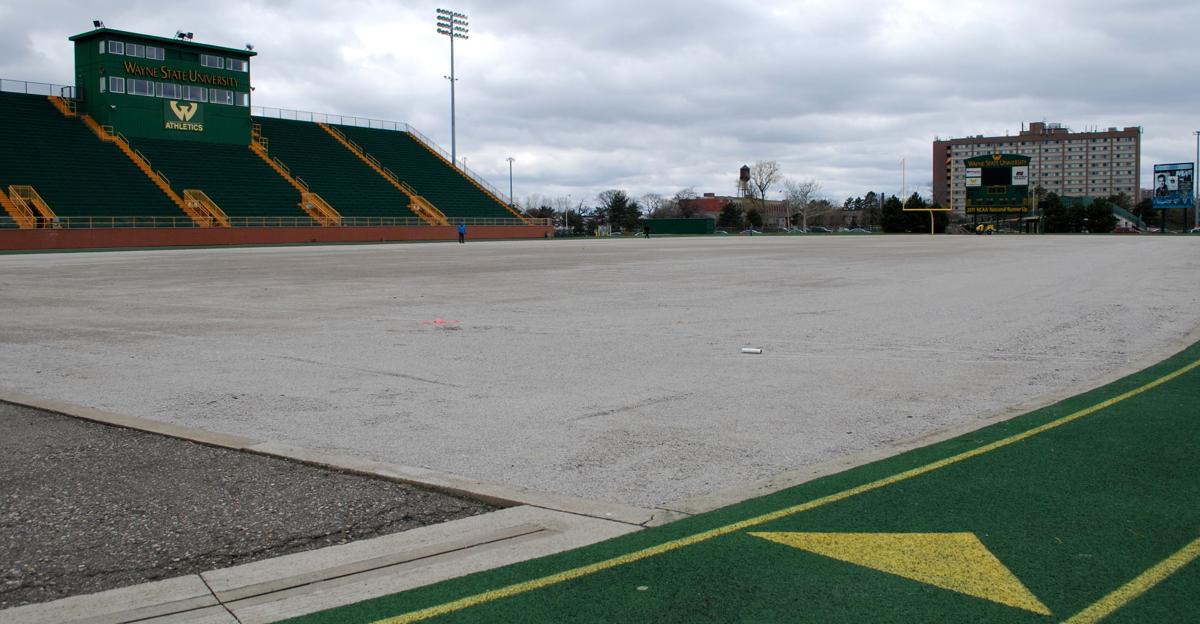 The total cost of the project is $415,000 according to a university purchase order. 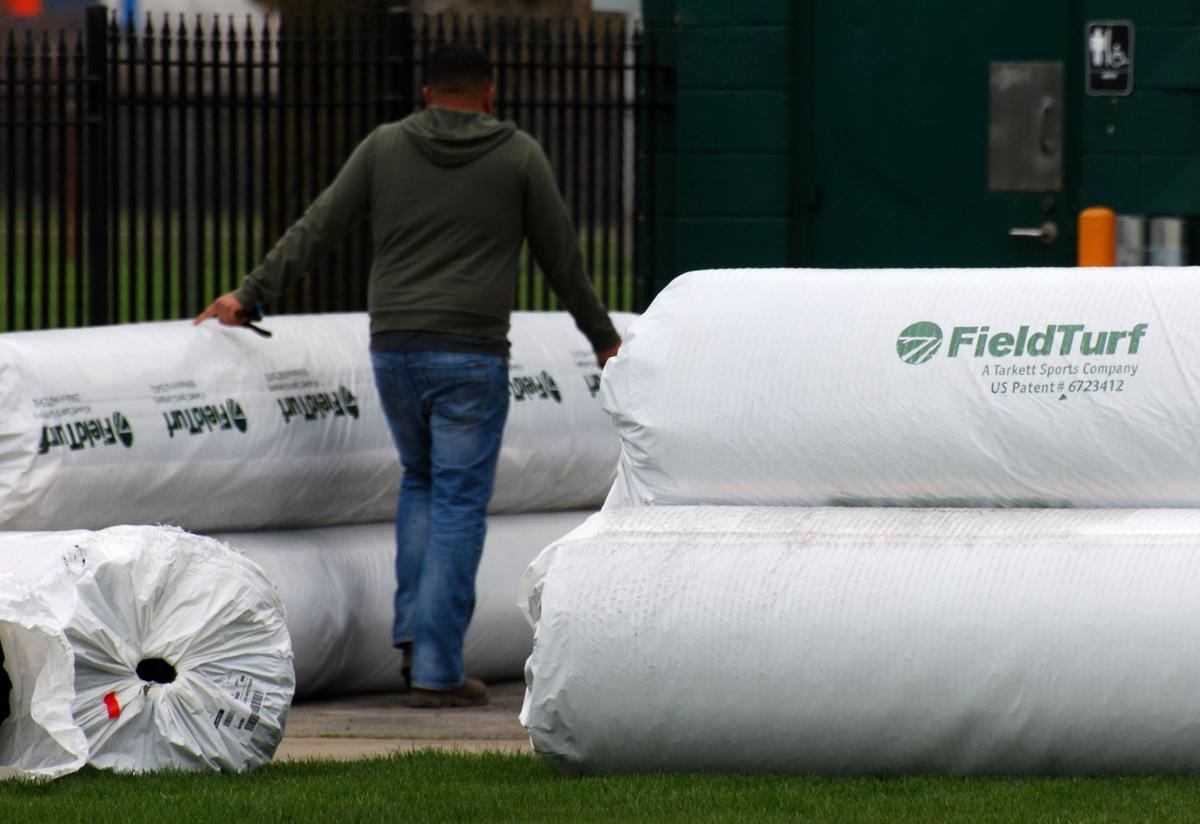 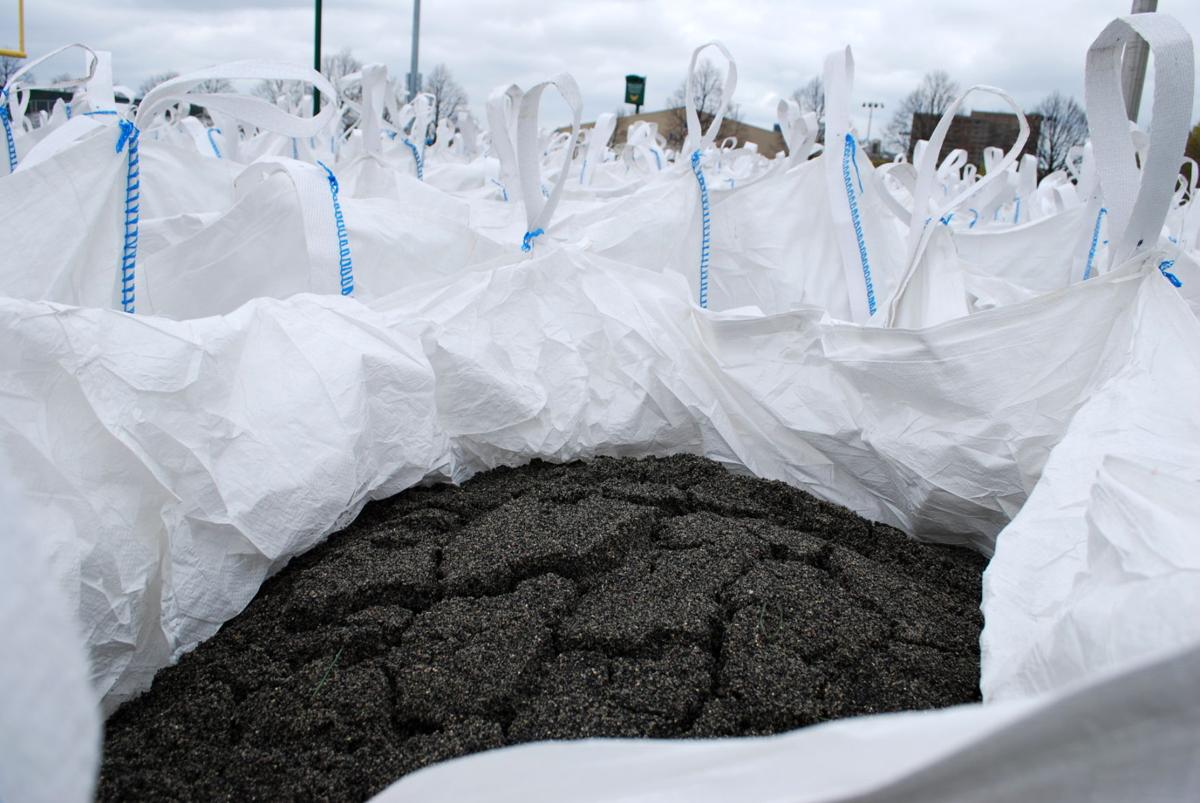 Infill, a mixture of silica sand and rubber particles, is placed underneath an artificial grass-like surface to create the turf. 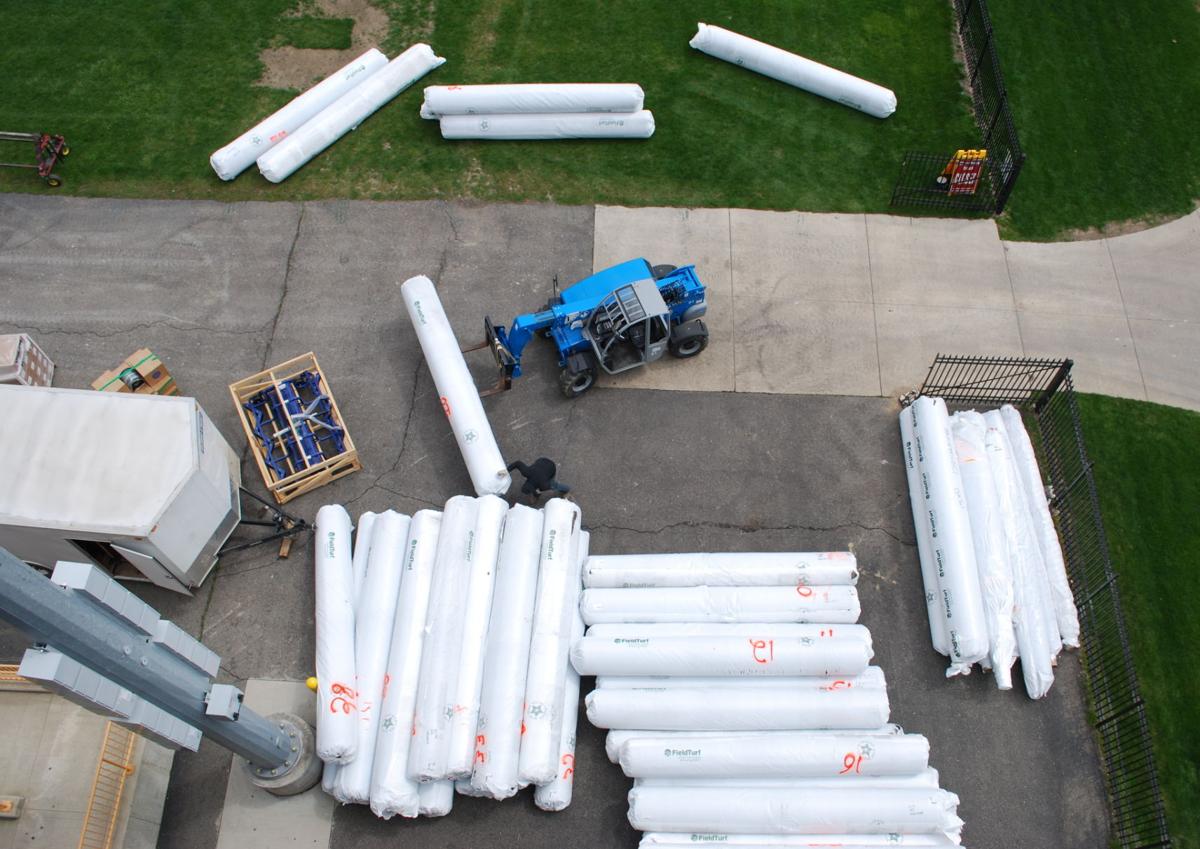 The total cost of the project is $415,000 according to a university purchase order.

Infill, a mixture of silica sand and rubber particles, is placed underneath an artificial grass-like surface to create the turf.

The Wayne State Athletic Department is replacing the football field’s synthetic turf, costing $415,000, according to an April 16 purchase order obtained from the university.

FieldTurf USA Inc., a company that manufactures and installs synthetic turf, offered to “supply and install…high performance artificial infilled grass surface” at WSU’s Tom Adams Field. The project includes the removal of approximately 80,028 square feet of existing artificial turf and the installation of the new “FieldTurf Revolution (2.5”) system,” according to the project proposal sent to WSU.

While the artificial grass surface is being replaced, the rubber filling from the previous field is being reused. The filling, a mixture of silica sand and rubber particles called “infill,” was removed and placed in storage bags on the side of the field to be reinstalled.

The WSU Board of Governors and Chief Financial Officer Rick Nork approved the purchase on April 1.

Paula Reyes, associate director of WSU’s office of Procurement and Strategic Sourcing, said in a phone interview that the contract with FieldTurf USA Inc. was a no-bid contract, meaning there were no opportunities for other companies to competitively submit bids to replace the turf.

Blaze Contracting, Inc., headquartered in Detroit, installed the university’s last artificial field in August 2006, according to the contract for that project. The purchase order stated that FieldTurf USA Inc.’s “DuraSpine” product was installed.

On its website, FieldTurf USA Inc. writes that its products last anywhere from eight to ten years. An eight-year, third-party insured warranty is included for all FieldTurf USA Inc. products, according to the company’s website. The warranty for WSU expired in September 2014.

FieldTurf USA Inc. has had complaints from other schools about its products failing prematurely, according to a Wall Street Journal article. Neal E. Boudette reported that FieldTurf installed flawed fields at multiple schools. Many schools took advantage of their eight-year warranties and had the turf replaced. One school in Nashville, Tennessee, Boudette reported, filed suit in a county court looking to force FieldTurf to replace their field.

Jeff Weiss, associate athletic director for media relations, said in a phone interview that there were no complaints of the previous field at WSU failing prematurely.

“I’m guessing it was probably wear and tear,” Weiss said of the reason to replace the field. “I wasn’t part of the process or anything.”

Weiss said Jason Clark, senior associate athletic director, could speak about the project. Clark did not respond to an interview request.

The university expects the project to be finished June 5.

So are we going to get a chance to buy pieces of the old turf? Would be a great Pivotal Moments fundraiser!

Hola, Shopping for back-to-school supplies tends to include items like pens and notebooks. Major school issues in America is school shooting.

This was unexpected. But do you know find my phone location by number?

A breast lift, or mastopexy, is cosmetic breast surgery to lift the breasts. The surgery may also involve changing the position of the areola and nipple. The primary difference between a breast reduction and a breast lift, then, is the objective: The former is intended for women looking to lose some