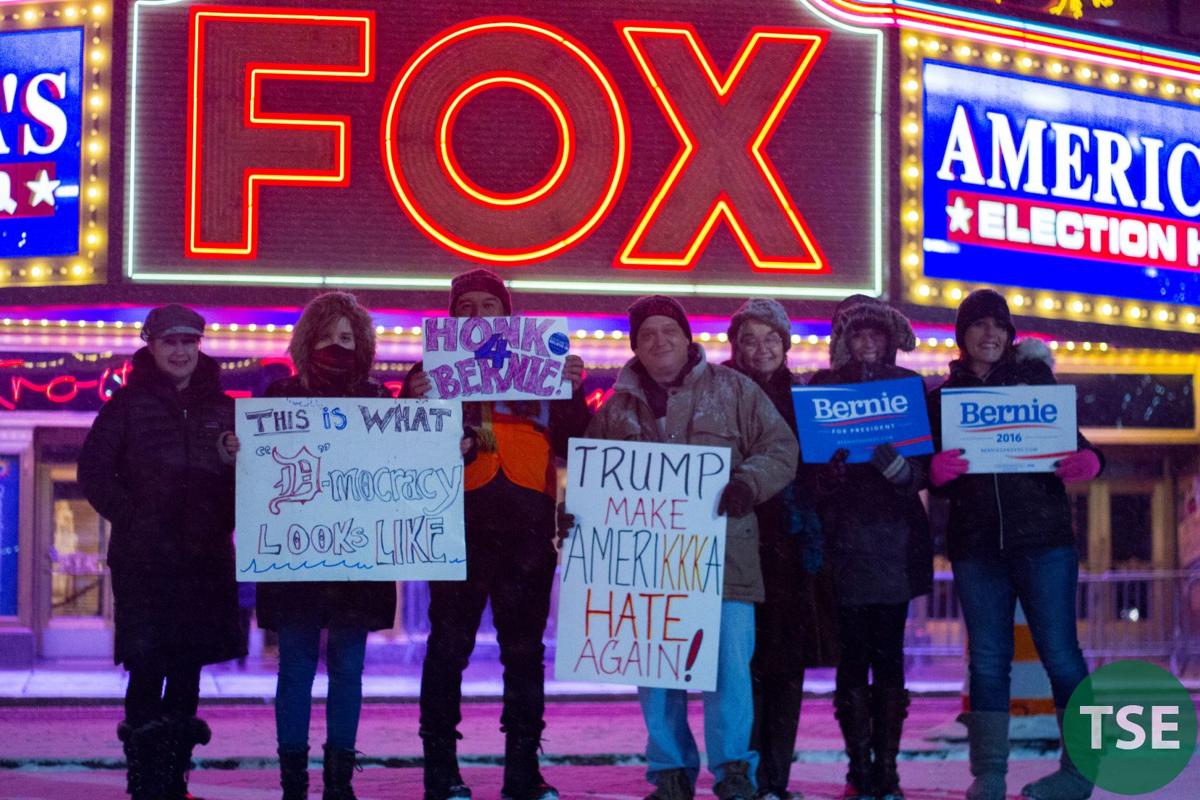 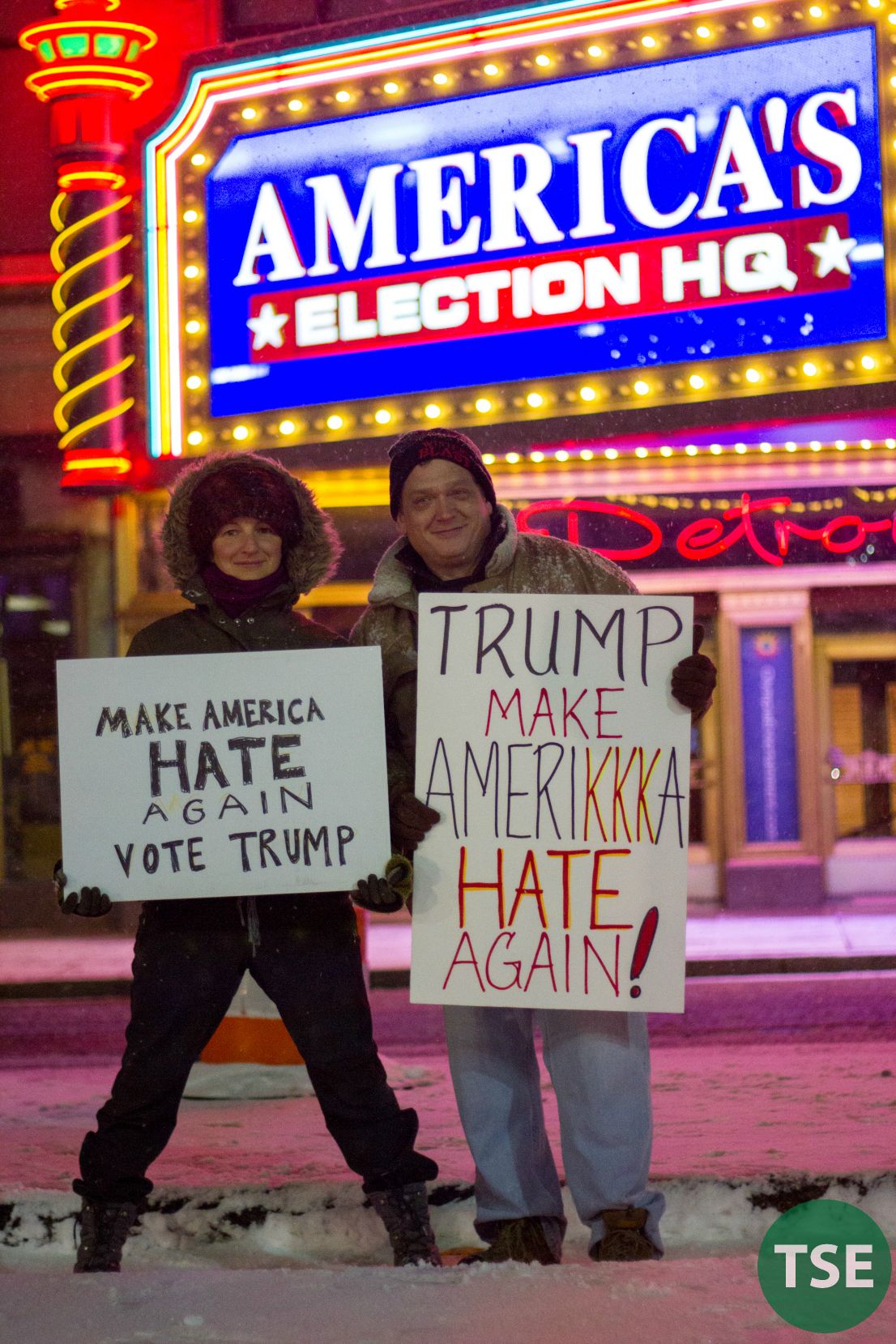 People from all across the country and state came to the Fox Theatre in Detroit to watch the GOP presidential primary debate on March 3 between candidates Donald Trump, Ted Cruz, Marco Rubio and John Kasich.

During the debate, which was broadcast by Fox News, there were many instances of boisterous yelling by Trump and other candidates and many moments of candidates talking over one another.

One person who attended the event, Carrie Schochet, said the debate got off to an interesting start, but after the candidates settled down, they were able to talk about the policies.

“I think that Kasich had a great performance in terms of being really able to talk about policies and things that really matter to the American people,” she said.

While many people were seated in the theatre, there were hundreds of protesters earlier Thursday evening outside protesting the debate. Many of the protesters were carrying signs that had messages opposing Trump and his campaign.

One of those protesters, Ty Duncan, said that he was protesting because he said he is upset with the rhetoric of Trump.

“The mentality behind this (Trump’s) thinking is killing us, it’s killing our kids, I mean, it’s literally killing us when you see what happens in Flint, Michigan,” he said.

Duncan also said he has never seen more selfishness in a person or campaign than he has seen with the rise of Trump.

Another protester was Kathy Montgomery, who said she is fearful for the nation when people like Trump get to be as popular as he has gotten.

“It’s really frightening. It makes me fearful that there is an awful lot of racism in this country that we are not even aware of,” Montgomery said. “I am protesting Trump’s candidacy (because) I believe the fact that he even refuses to disavow the support of the KKK is just beyond the pale.”

While hundreds of protesters did show up outside of the Fox Theatre before the debate, there were other political spectators that lingered outside. Megan Lister, a Trump supporter, brought her daughter to the Fox to witness the debate so she could teach her daughter that “you can make a difference” by bringing different ideas to the political table.

“We are definitely on his side," Lister said. "We agree with all, everything he supports. I believe if Trump comes into office, I really believe there could be actually great possibilities for our country to move ahead, I really do.”

Detroit has received much media attention over the last few years with the city’s bankruptcy, mayoral election and revitalization, and now, with the GOP debate stopping by in the Motor City, some of the attendees of the debate like the publicity the city is getting.

Andrew Richner, an attorney who is on the Board of Regents at the University of Michigan, said he likes the attention being brought to Detroit.

“I think this has been terrific for Detroit, for the state, to have this attention brought to the city, and bring the national media here with the excitement of having the Republican debate here.”

Other residents from around the state agreed with Richner. One resident from the city of Trenton said she was proud every time the Fox News broadcasters would look around the Fox Theatre and compliment on its design and beauty.

“These next years are really going to shape the future of our country, and I really think we need to be thinking long term about what is going to pave the way for a great America 20 years from now.”