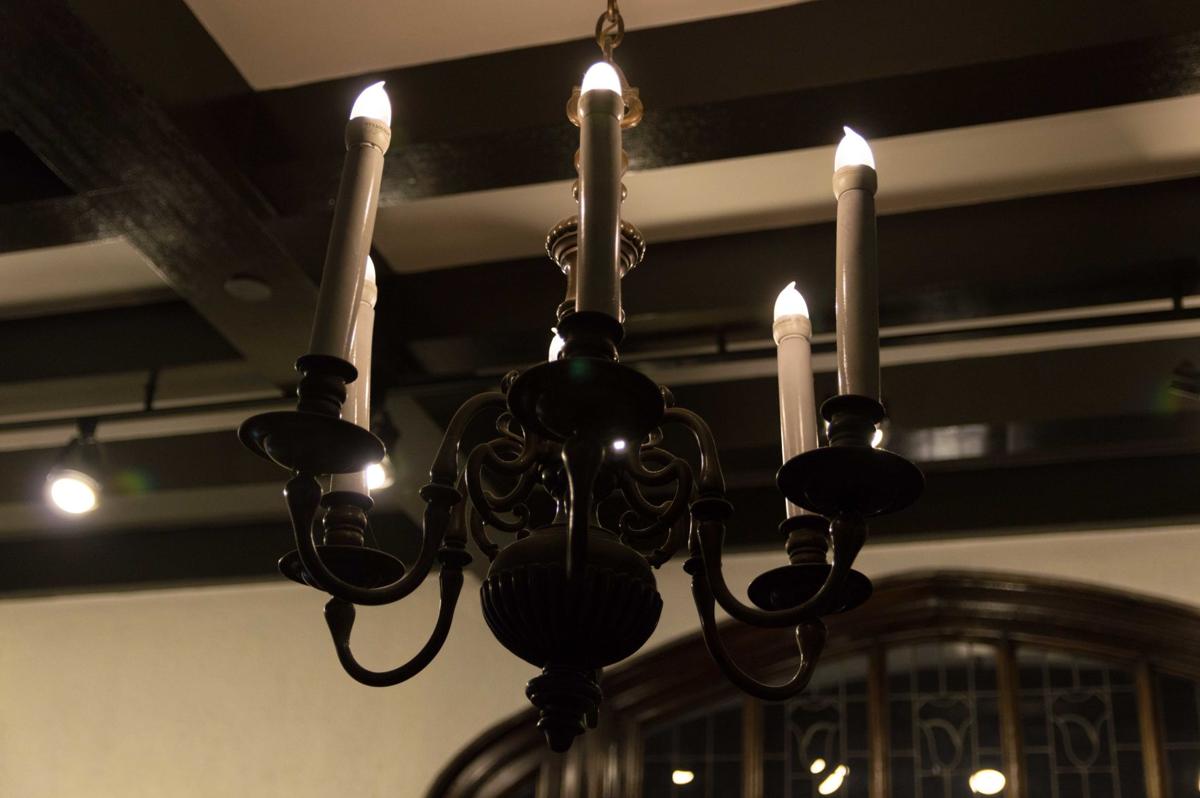 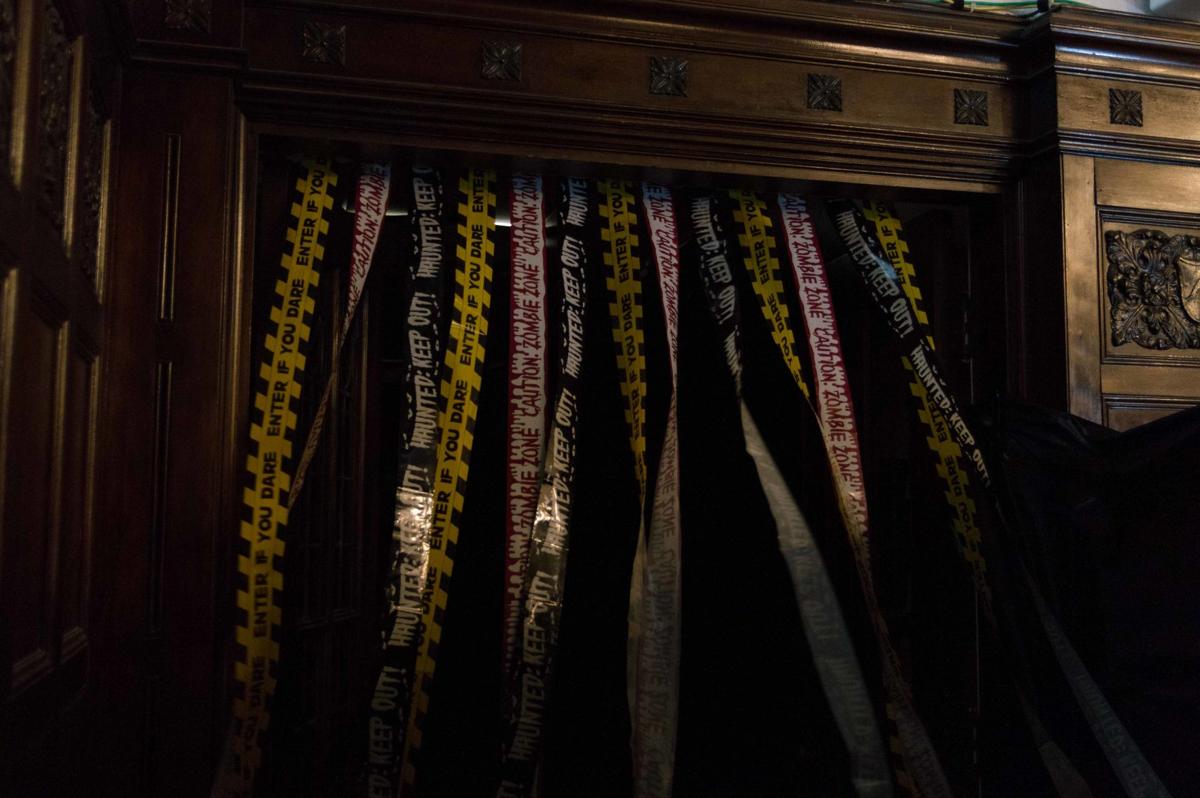 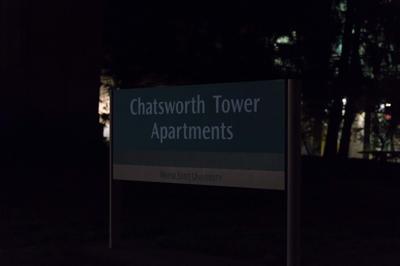 My favorite fall activity is standing outside of haunted houses as I wait to see the terrified looks on my friends’ faces as they exit, while sipping a warm cup of apple cider. This was not the case on Oct. 29 as I went through the fifth annual Haunted Chats in Chatsworth Tower Apartments, hosted the Residence Hall Association.

To add some context to my situation, I am 20 years old and have been on the verge of tears in almost every haunted house I’ve been through.

And, to make this anecdote even more embarrassing, we had visited the haunted house on the day intended for little kids. The zombie clowns, wayward doctors and staple chainsaw-wielding man were easing up on attendees and visitors were allowed to bring flashlights.

The chemicals in our brains that contribute to the fight-or-flight response also contribute to other emotions like happiness and excitement, according to a study from the U.S. National Library of Medicine. That’s one reason why haunted houses are enjoyable. When you are in a safe space like a haunted house, your brain’s response shifts from fight-or-flight to enjoyment.

Being a person that does not find pleasure in getting scared, my brain was in flight mode the entire time I speed-walked through the Chatsworth haunted house.

I was on edge as I approached the building, hearing screams coming from inside. Banging on walls could also be heard from the ornate Chatsworth lobby as I waited to begin the ghostly adventure.

My group piled into the claustrophobic elevator only to be greeted by a masked clown illuminated by strobe lights in the basement. The only exit was a flight of stairs through a twisting dark loop while masked resident advisers popped out of every corner.

Sitting at the top of the stairs, donning a striped jumpsuit and a clown mask, was a man staring every frightened guest down as they ascended the stairs. I jumped in anticipation of a lunge coming toward me as he sat perched like a gargoyle.

The stairs led up to a long dark hallway lit sporadically by bursts of strobe lights. With my head tucked down and eyes shut tight, I rushed through the hallway jumping at every pound and scream that came from the other side of either wall.

Standing in the next room was a lone dark figure surrounded by balloons floating off of the ground. I wish I could provide more detail about the lonesome figure, but I was preoccupied running in the direction of the exit.

I survived the haunted house knowing that it would be exactly one year until I would have to nervously sprint through one again.

Jack Filbrandt is arts and entertainment editor of The South End. He can be reached at jackfilbrandt31@gmail.com. Photos by Jonathan Deschaine.

It's not my very first time to visit this blog; I’m visiting this daily and acquire superb info from here day by day Natural body cream

When you use a genuine service, you will be able to provide instructions, share materials and choose the formatting style. https://pvamart.com/

Keep up the good work; I read few posts on this website, including I consider that your blog is fascinating and has sets of the fantastic piece of information. Thanks for your valuable efforts. pomeranian boo fiyat

Today, I was just browsing along and came upon your blog. Just wanted to say good blog and this article helped me a lot, due to which I have found exactly I was looking. Vector art

I am happy to find your distinguished way of writing the post. Now you make it easy for me to understand and implement the concept. Thank you for the post. strong pre workout

Thanks for the blog filled with so many information. Stopping by your blog helped me to get what I was looking for. Now my task has become as easy as ABC. ClashForACure

i never know the use of adobe shadow until i saw this post. thank you for this! this is very helpful. Loveland locksmith

We are really grateful for your blog post. You will find a lot of approaches after visiting your post. I was exactly searching for. Thanks for such post and please keep it up. Great work. watch free movies online 2019

Everything has its value. Thanks for sharing this informative information with us. GOOD works! high quality

If you are looking for a mortgage financial adviser, our experienced team will help you to select best policy plan. Our services areas are Hampton, Richmond, Sunbury, Teddington, Twickenham and Whitton.

I found so many interesting stuff in your blog especially its discussion. From the tons of comments on your articles, I guess I am not the only one having all the enjoyment here! keep up the good work... best paper writing service 2019

What the author tell is interesting. We love to see this story at mid night lau dau dong ho citizen

You have performed a great job on this article. It’s very precise and highly qualitative. You have even managed to make it readable and easy to read. You have some real writing talent. Thank you so much. Buy Innosilicon G32

Super site! I am Loving it!! Will return once more, Im taking your food likewise, Thanks. Magazine

Nice post mate, keep up the great work, just shared this with my friendz back scratchers for sale