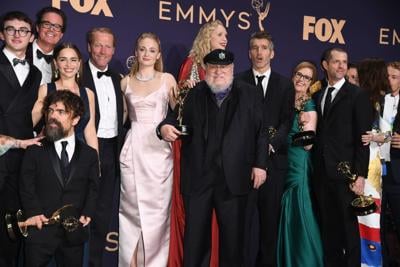 What makes a television show popular? An appeal to realism frequently appears in popular discourse; the characters felt real, or the dialogue was very realistic. However, realism in entertainment has two different forms.

Most directors and actors attempt to immerse their audiences in fictional worlds. When something happens on screen that feels logically inconsistent with the story — perhaps an unconvincing delivery of a line, or a paper coffee cup appearing in a medieval fantasy setting – the viewer remembers that they are watching a performance. Most television shows and films maintain an internal logic. This logic is often derived from our culture’s definition of realism, or what seems possible in the given moment.

Two of this summer’s most popular television series, HBO’s "Game of Thrones," and Amazon Prime’s "The Boys,", subvert the cliches of their respective genres by inserting their traditional elements in a realistic setting.

"Game of Thrones," is a fantasy story with dragons and magic. However, there is no clearly defined black and white morality. Most characters are shades of gray who are motivated by complex social factors. Machiavellian politics are common. By the same token, "The Boys,"diverges from the traditional morality of superhero fiction. Superheroes use their extraordinary powers in pursuit of personal pleasure, not for the protection ordinary people.

Despite their fantastical elements, the two shows portray everything realistically. For example, the first episode of "The Boys," renders the logical results of an indestructible man running into a normal person at supersonic speed in all its gruesome details.

There is a political dimension to this realism. Social justice is impossible in realistic television series because human beings are irredeemably self-interested. Conservatives use this assumption about human nature to defend capitalistic society and to present social change as dangerous and unnecessary. People on top of the social hierarchy – the aristocracy in "Game of Thrones," superheroes in "The Boys," the one percent in the real world –hold an unreasonable amount of power. Reactionaries claim that efforts to eliminate social inequalities are pointless because disparities inevitably emerge in any human society. The free market is their solution to the inherent evil of governments and private businesses, although capitalism itself promotes the evil of economic injustice.

(T)he ideological defense for these political configurations takes the form of a lowering of expectations, cultural theorist Mark Fisher said in his book,"K-punk: The Collected and Unpublished Writings of Mark Fisher."

Capitalism and liberal democracy are "ideal" precisely in the sense that they are ‘the best that one can expect,’ that is to say, the least worst.

The superheroes in “The Boys” have a similar place in society to celebrities or politicians. Their public image is protected by their corporate sponsor, Vought International. When victims of the superheroes come forward to speak out, Vought’s lawyers force them to settle their lawsuits outside of court or face protracted legal battles that they cannot afford.

Since the superheroes cannot be held accountable to the law, their victims have to get revenge through extrajudicial means. The outlaw-vigilante is a common character archetype in American fiction. They hold evil in check on an atomic, individual level, but do not address the systemic problems that produce evil.

The final season of "Game of Thrones," was poorly received by critics and audiences, despite setting new records in ratings. Many viewers objected to fan-favorite Daenerys Targaryen’s sudden descent into madness, saying that the writers failed to do justice to her character. The conclusion certainly seems to have been rushed by the showrunners. Yet, how else could the series have ended?

Daenerys returning to the kingdom and restoring order to the realm would be out of place in a television show that avoids unrealistic fantasy stereotypes. Daenerys, colloquially known as Dany, had to become a tyrant, the Iron Throne had to be destroyed, and an elective monarchy had to replace the established social order. In Western media, democracy is the only realistic way for good to triumph over evil on a large scale.

Our economic and political system’s definition of realism has pushed the world to the edge of a catastrophic ecological disaster. Privately-owned international corporations have destroyed the environment in their singular pursuit of financial profit. To survive, people must challenge the ideological statements that capitalism presents as fundamental truths. Media and entertainment can present alternatives to the capitalist realism identified by Mark Fisher.

Zachary Marano is contributing writer for The South End. He can be reached at zacharymarano@wayne.edu.